partypoker
Trusted
This article was added by the user Daniel Johnson. TheWorldNews is not responsible for the content of the platform. 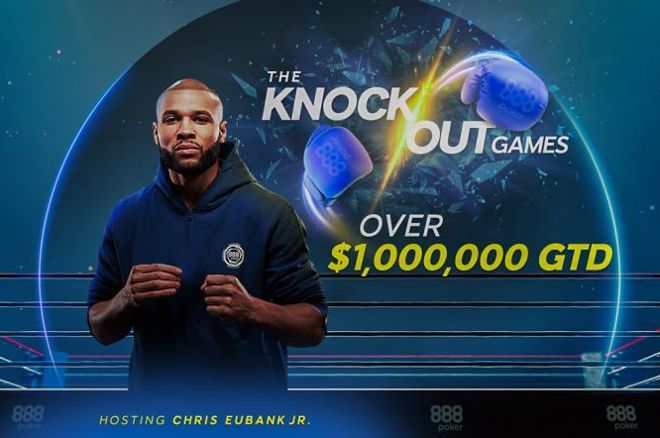 888poker have announced the schedule for their latest online festival The Knockout Games that features 44 events over a two week period.

The festival runs from April 24-May 8, 2022 with over $1.25 million in tournament guarantees as well as opportunities to battle it out with 888poker Cultural Ambassador Chris Eubank Jr to win a $13,000 Road to Las Vegas package!

What's more, any player who bubbles one of the KO Games tournaments will enter a raffle to win a pair of boxing gloves signed by Eubank Jr himself.

The final tables of three events will be streamed live on the 888poker Twitch channel:

The second of three six-figure tournaments in the KO Games is Event #22: Tune Up PKO

The tournament will also see 888poker Cultural Ambassador Chris Eubank Jr battling it out at the online felt, streaming his tournament live on the 888poker Twitch channel, with whoever eliminates the professional boxer winning a $13,000 Road to Las Vegas package!

The tournament will pause when a final table is reached, with the final table broadcast on Monday, May 2nd.

The biggest guarantee of the festival comes in Event #43: Main Event PKO. With a massive guaranteed prize pool of $300,000 it's one not to be missed.

The tournament buy-in will be $215, but there will be daily freerolls to the Main Event, allowing you to win your way in for absolutely free!

Related: 888poker is the Perfect Site for Beginner Poker Players

Check out the full schedule of the 888poker Knockout Games with over $1 million in guarantees!