partypoker
Trusted
This article was added by the user Henry Jones. TheWorldNews is not responsible for the content of the platform. 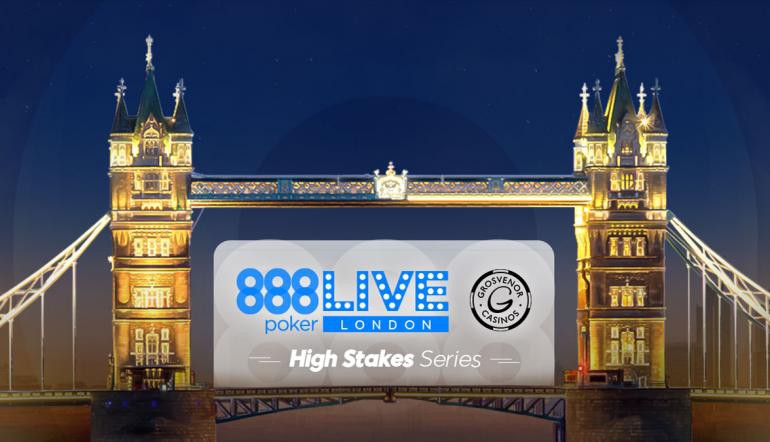 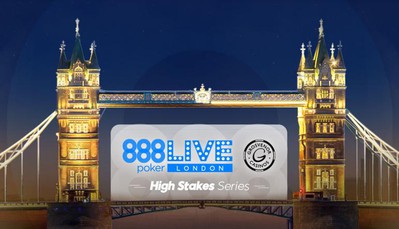 888poker is continuing on its trajectory of spreading live poker around Europe, with yet another major live poker festival coming to London’s prestigious Grosvenor Victoria Casino.

The Festival is scheduled to start on April 20 and offers 11 days of heated tournament action, along with plenty of high-stakes cash games that are guaranteed to pop up on the outskirts.

The VIC is one of the legendary European casinos and the most prestigious gambling establishment in London, which makes it the perfect destination for the High Stakes Festival.

The Main Event of the Festival will feature a £2,100 buy-in and three separate Day 1 flights, while several other events will be played on the side, including the £3,000 high-roller for those looking for more high-stakes action.

With recent 888poker LIVE events bringing together hundreds of players, the operator expects to make the High Stakes Festival yet another resounding success, as it continues building its reputation among live poker players across Europe.

The 888poker Live High Stakes Festival kicks off on Wednesday, April 20, with a quick £110 888poker Cup Satellite, where players can win their seats in the first event of the Festival, the £1,000 888poker Super Cup.

The Super Cup will offer three Day 1 flights and a slow and deep tournament structure, acting as the first major event of this series.

Several other events with lower buy-ins will embellish the first week of the Festival, with the likes of £330 Voyage, £444 Big Shot, and the £200 PLO events all on the schedule.

On April 27, players will have a chance to take their seats in the £3,000 High Roller, which will be another two-day event and will surely attract some of the best players who find themselves in London for the week.

The £2,100 Main Event kicks off on Thursday, April 28, when the Day 1A flight will be hosted. Players will have several opportunities to play the Day 1, as well as qualify via a number of satellite tournaments hosted in the days prior to and during the Main Event.

All of these tournaments, along with the side action that is guaranteed to follow, should provide plenty of action for all the real fans of live poker out there.

If you don’t quite have the bankroll to play in the 888poker High Stakes Festival, you can try and win your seat in the £2,100 Main Event, with the £109 Qualifiers offering a direct path to the event, and plenty of lower-stakes satellites also available to build up to the entry ticket, with buy-ins starting as low as £0.01.

The COVID-19 pandemic shackled the world in many ways for many months, with live poker being one of the victims of the lockdowns and social-distancing rules imposed in most countries.

In October 2021, 888poker announced the LIVE Weekend was coming to London’s VIC, the first time a major poker tournament was held in the UK in a long time.

The £444 Main Event of this mini-series was just the prelude to what was to come, as 888poker had clear goals to bring poker to London in a very meaningful way.

In January 2022, the operator expanded on the LIVE Weekend and, this time, hosted its first LIVE Festival at the VIC, with 12 days of poker tournaments and buy-ins ranging up to £2,100.

Another quick LIVE Weekend was hosted again in mid-February, with four action-packed days of poker showing that the Weekend has the potential to become a staple on the VIC’s schedule.

Now, 888poker is trying something new in hosting the High Roller Festival, which will be oriented towards the gamblers with deeper pockets and the pro players looking to play for more money and more glory.

The Festival is guaranteed to bring in a lot of exciting action and poker players who are in town in late April should not miss out on visiting the VIC and getting involved in some High Stakes Festival action.