partypoker
Trusted
This article was added by the user Lillian Lee. TheWorldNews is not responsible for the content of the platform. 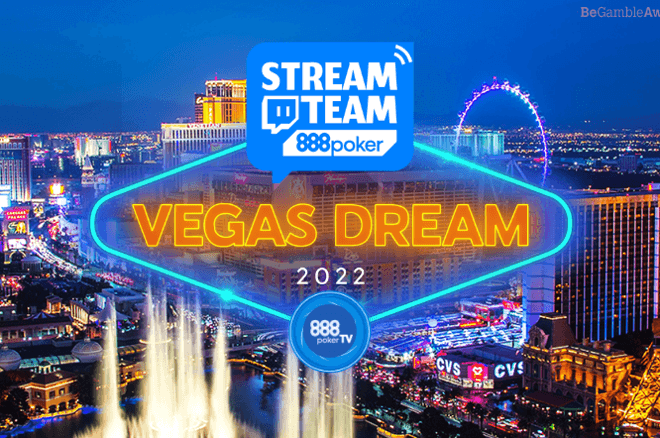 The exciting 'Road to Las Vegas 2022' promotion from 888poker has stepped up a notch with the announcement of the Vegas Dream Package giveaway.

Two packages worth $13,000 will be given away to a member of the 888poker StreamTeam and one lucky 888pokerTV Twitch viewer.

Starting May 11, viewers will be able to watch the 888poker StreamTeam battle in a special online series over six weeks. Tune in from 19:50 GMT every Wednesday. In order to participate in the leaderboard, fans of 888poker should tune into all the streams to make sure they're in with a chance of winning the package.

888poker players have been able to win their way to Vegas for as little a $0.01 for a while thanks to the Road to Las Vegas promotion in the 888poker client. You can also buy directly into a $1,050 Qualifier to win your way to Sin City.

Now viewers of the 888poker TwitchTV channel will also be in with a chance of winning, with a series of contests and challenges the only things standing in their way!

Begin the Road to Las Vegas with an 888poker Welcome Bonus