partypoker
Trusted
This article was added by the user Christopher Hill. TheWorldNews is not responsible for the content of the platform. 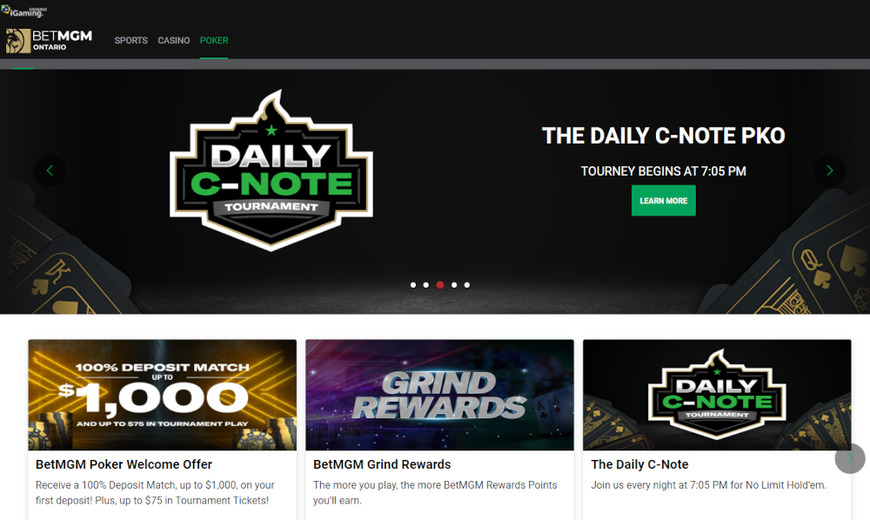 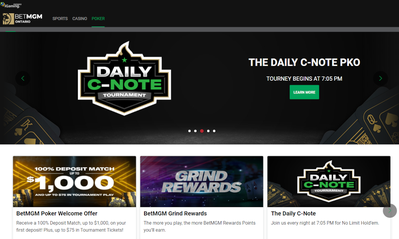 BetMGM Poker Ontario went live mid-day on Tuesday, the second day of legal online poker in the province. With the launch, the operator will go head-to-head with 888poker Ontario, which launched one day earlier.

The poker room in Ontario, BetMGM’s first outside the US, first appeared on Monday where a welcome freeroll was listed in the lobby with an April 6 date. A link to the room was not seen on websites for the operator’s online casino and sportsbook on Tuesday morning, but it appeared later in the afternoon.

The operator, a joint venture between Entain and MGM Resorts International, made no official announcement of the launch.

BetMGM Poker is open for business in Ontario!

Ontario becomes the fourth jurisdiction for BetMGM’s online poker product. It opened its first online poker room in New Jersey, under the name playMGM, in August 2017 — the room was rebranded as BetMGM Poker NJ in September 2019. Online poker rooms in Michigan and Pennsylvania were launched in March and April of 2021, respectively.

The Ontario online poker market is segregated, which means players on BetMGM Poker Ontario will only be able to play against other players on the same network in the province. It is possible that another poker room could launch on the same network in Ontario – partypoker uses the same poker software and shares a player pool with BetMGM poker in the segregated jurisdiction of New Jersey. Partypoker Ontario was issues a license according to the gaming regulator in Ontario, but so far there has been no official announcement about the two rooms sharing a player pool.

Provincial regulators are allowing other licensed operators to continue to serve the market via their offshore licenses as their gaming applications are under consideration. Once approved, they must exit the gray market. Other online poker operators expected to launch in Ontario include PokerStars Ontario, and GGPoker, which recently postponed a launch of WSOP.ca. 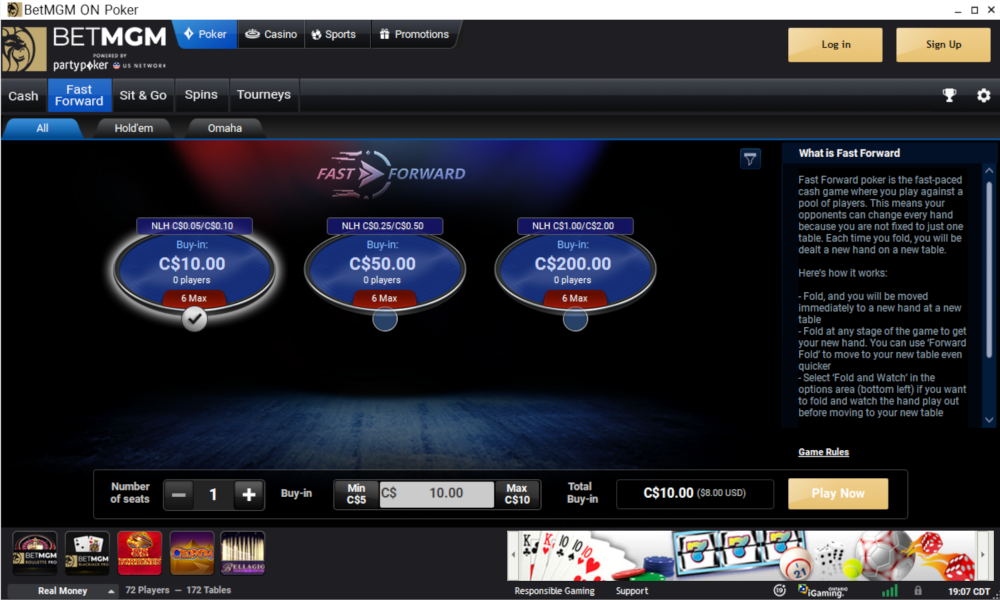 A Super Sunday Tournament schedule has also been posted, with a variety of game formats offered and buy-ins ranging from $1.10 to $530.

Links to promotions, banking, and the BetMGM Rewards program are also on the poker site. The entire BetMGM Poker Ontario site has a similar appearance and navigation controls as its sister sites in Michigan, New Jersey, and Pennsylvania.