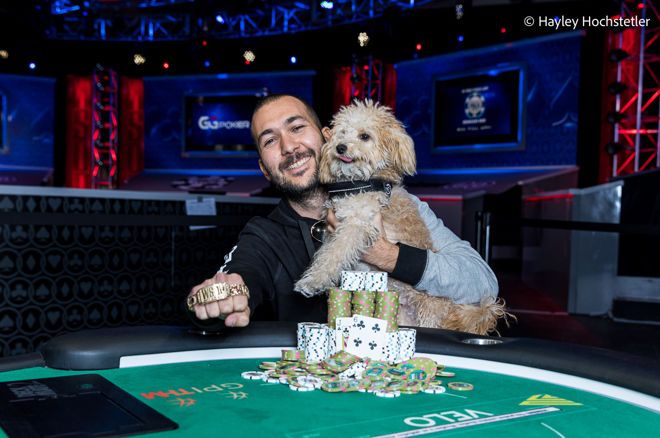 The event attracted 531 players to create a prize pool of $2,449,238, with the majority of that money awarded to the remaining players today. There were 80 players who made the money and a minimum cash of at least $8,061. A total of 30 players bagged a stack and returned today to Day 2, all looking for gold, but only Kolev was able to bring home the last bracelet of the 2021 World Series of Poker.

“I’m feeling good. I started to tell people I’m gonna win the last tournament. It’s crazy because somehow I knew but I could not prove before the tournament.”

Kolev said he had a feeling he would take down this event and even sent a message to friends on the day before the event started which read: “5k tomorrow last tournament should be mine, don’t see a reason why not.”

Kolev appears to have correctly predicted he would win his first bracelet today, but it wasn’t easy. He said one moment that stuck out for him in the tournament was on Day 1 where he got pocket fours in against pocket kings and the board ran out a straight to chop the pot and keep him alive on his path to eventual victory.

Kolev had an enthusiastic rail supporting him, including some fellow Bulgarians, and even a dog.

“They always [go] crazy, but this time wasn’t that crazy. You didn’t see them crazy at all. They can be way more crazy… It’s pretty cool, we’re going to celebrate now and enjoy the life. 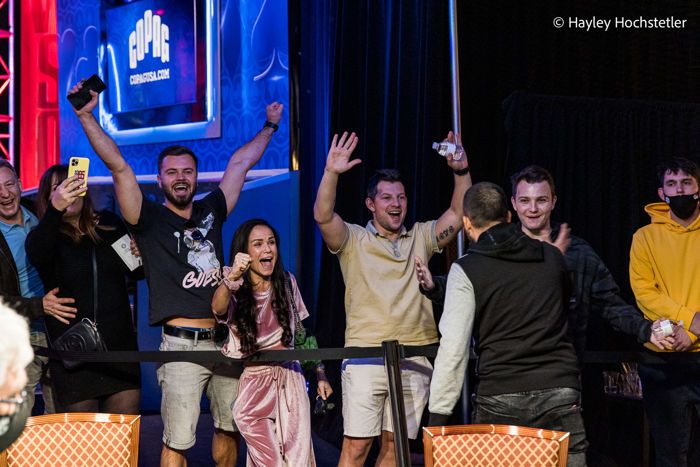 The unofficial final table started with nine players, and Justin Liberto was the first one to fall there. Then, it was Lee Markholt who was eliminated in eighth after seeing a king on the flop when his sevens were against the king-three of Kolev.

George Wolff was the next to go in seventh, and then German Niko Koop found his way to the payout desk when running into Reichenstein’s better ace in the blinds. Z Stein was the next victim of Reichenstein’s when getting his short stack in against him and was eliminated in fifth.

The four players went on a short break and Reichenstein had a large chip lead with over half the chips in play. However, that didn’t last long as players found several doubles against him. After more than an hour without an elimination, Ramon Colillas hit the rail in fourth after he got it in good with Kolev, but Kolev made a pair. Soon after, Huy Nguyen got his stack in against Reichenstein with king-ten versus jack-eight. An eight spiked the river to end Nguyen’s run in third.

That set up a heads-up match between Reichenstein and Kolev with both having fairly even stacks. Kolev won several hands to pull away before Reichenstein doubled once. Still having a sizable chip lead, Kolev check-called on every street of a hand against Reichenstein, including the river where Reichenstein jammed in his remaining stack. After Kolev called, Reichenstein showed the bluff which was no good against Kolev’s rivered flush, and that officially ended the tournament and gave Kolev his first WSOP bracelet.