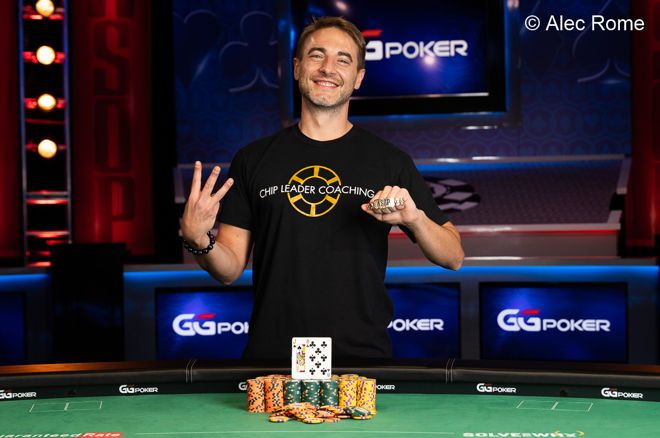 He joins an elite club of players and was obviously delighted. "It feels great. Also, the fact that during the last WSOP I finished fourth in this was really good to get a little redemption," Kornuth said with his trademark smile on his face.

While heading into the final table as the chip leader, the previous close call in this very specific tournament format was in the back of his mind for just a short period, he admitted.

"It only crossed my mind once when there were like three players left. Ah, I improved on last year! But obviously, anything other than first was going to be somewhat disappointing. I am not great at the game by any means but still very competitive and wanted to do my best. Fortunately, things went my way today," Kornuth added.

Kornuth conquered a field of 66 players and a final table including Dan Shak, Chad Campbell, and Joao Vieira.

The game of short deck has a very special appeal to Kornuth: "You get to play so many hands, and you get to play aggressively, you always have equity and it's just fun. You can think of a lot of concepts of No Limit and PLO, which are my two best games, and a lot of them apply here like range advantage and stuff like that," the freshly minted three-time WSOP bracelet winner said.

Kornuth was certainly one of the most aggressive players throughout the tournament and especially as of the final three tables onwards. The only other player who seemingly reached the same heights of activity during the late stages was eventual runner-up Campbell. Both clashed numerous times even before the money bubble had burst and continued the duel quite frequently.

At some point, it seemed inevitable that both would be the last two contenders to battle for the coveted gold bracelet, as they entered the six-handed final table first and second in chips.

"If anything was meant to be you can say that but I wouldn't say that I believe in that kind of thing in general," Kornuth joked.

One thing in particular stood out during the last two tournament days. While Campbell was involved in the action a lot of times, he always acted very quickly and barely ever took the full 30-second shot clock compared to the vast majority of his opponents. The only time Campbell had to tank was typically when Kornuth put him to the test with alternating betting patterns of his own.

"He played very well and super unpredictable. Maybe if I had like king-jack in that hand or something instead of a full house, I would have folded because I really thought he had a straight. Power to him, he is a really tough opponent," Kornuth mentioned and referred to the hand that sealed his victory. 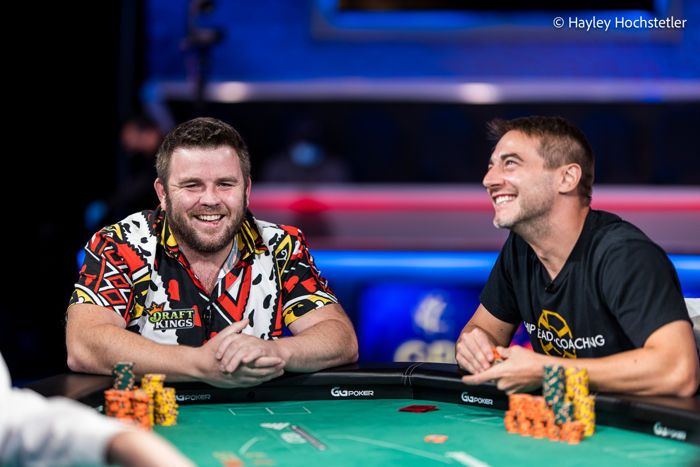 While Kornuth had his laser-like focus on during the hands, the jovial banter and table chat recommenced as soon as the action was over. "In the hand, I am your worst enemy and when we are not in the hand we can be buddies and chat as much as we want," the latest bracelet winner of the 2021 WSOP concluded. He plans on playing a full schedule for the rest of the series and is full of confidence, which comes as no surprise after his latest victory.

"I am playing some of my best poker for the last six months and I really want to continue to do so and see what I can accomplish," Kornuth concluded.

The Action of the Final Day

Kornuth and Campbell were the runaway chip leaders when the action recommenced on the PokerGO live-streamed final table and the stack of Kornuth grew further when he claimed the first three pots of the day. That included the elimination of Thomas Kysar, who found no help with jack-ten against the pocket queens of Kornuth.

After that, however, it was Campbell who dominated the action. First denied the knockout when ace-king chopped with kings despite an ace in the window, he then took another flip against Joao Vieira. This time, ace-king was up against pocket jacks and both overcards sealed the fate of the Portuguese poker pro in fifth place.

The action never really slowed down and most hands concluded within two minutes at the utmost. One of them saw the preflop contest between Moshe Gabay and Dan Shak. Gabay had the best of it with pocket aces versus pocket jacks but Shak turned a straight flush to bring the field down to the final three. 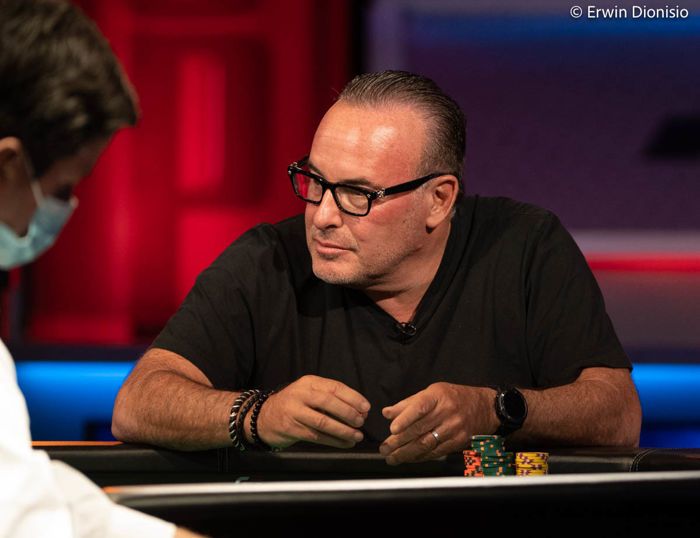 Kornuth dropped back to the shortest stack thereafter but bounced back with a well-timed all-in move against Campbell to regain the lead. Shak was not successful when he got it in with jack-ten against the ace-king of Kornuth. An ace in the window solidified the lead of Kornuth and he dodged a gutshot to enter heads-up as the chip leader.

The duel for the gold bracelet culminated in a big clash in which Kornuth flopped a full house and the open-ended straight draw of Campbell had zero equity. Only minutes after his runner-up finish, Campbell jumped right back into the next event while Kornuth was busy with the winner shots and interviews. But the win didn't end Kornuth's day. He quickly joined the field in Event #30: $1,500 Monster Stack No-Limit Hold'em just after.

While the PokerNews coverage for this event has concluded, the live updates for several other currently ongoing bracelet events can be found in the 2021 WSOP festival hub.