partypoker
Trusted
This article was added by the user Charles King. TheWorldNews is not responsible for the content of the platform. 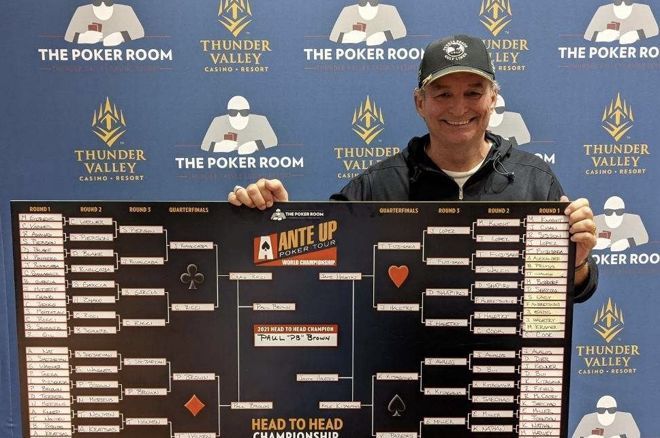 The World Poker Tour (WPT) is sending two ClubWPT app qualifiers to Hollywood, Florida this coming weekend for a trip of a lifetime, and a shot at life-changing money.

Joined ClubWPT and the Rest is History

Three years ago, Brown told PokerNews, he signed up for ClubWPT, a mobile app that charges a monthly fee to play in some exciting poker tournaments that can lead to free buy-ins into live events.

"I have won a few ClubWPT online tournaments here and there and play at the ClubWPT sponsored events at my home casino Thunder Valley in Rocklin, California," Brown said.

He's also won some live poker tournaments, including an Ante Up No-Limit Hold'em Heads-Up Championship at Thunder Valley last August for $6,096. On that day, he defeated a field of 64 players in the $400 buy-in tournament. In total, the Northern California resident has $113,000 in live tournament cashes, per the Hendon Mob.

Although Brown's certainly had some success playing poker over the years, he has a shot to completely obliterate his lifetime winnings over the next week. That is, of course, should he reach the final table of the Seminole Hard Rock Poker Showdown, which runs from April 8 until the final table is reached on April 12. The final table will then be played on May 25 at the Esports Arena in Las Vegas.

Brown won a qualifying tournament on ClubWPT to earn a free trip and ticket into the WPT Main Tour even at the Seminole Hard Rock Hotel and Casino. And he almost didn't even play.

"I sat down to watch NFL playoff football that Sunday and opened my laptop to find the SHRPO event starting about the same time," Brown said. "As I started to chip up and work my way through the field, watching football fell by the wayside and I moved to the dining room table so my wife could watch. This was the first time in the many years that I have been playing that she could actually watch me play hands and share in the excitement as the field played down to the final table and the win. It was very cool and a moment we both enjoyed."

The victory was sweet for Brown, but nothing to what it would feel like to win the WPT event he's about to compete in. Brekstyn Schutten won the same event in 2019 for over $1.2 million, beating out 2,482 entrants. 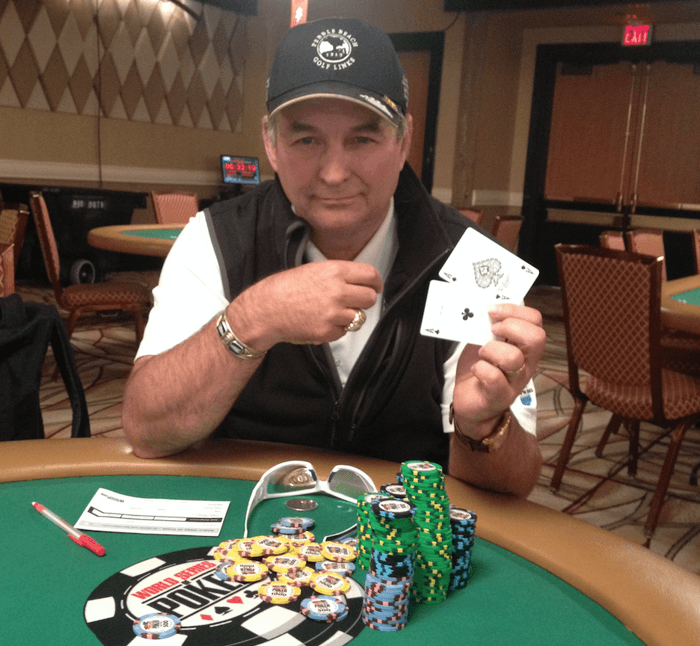 Paul Brown knows his way around a poker table.

Brown lives in Auburn, California, a town between Sacramento and Lake Tahoe. He founded and owns Aqua Sports Technology/Island Hopper Products, one of the "largest designers and manufacturers of commercial Inflatable water sports equipment in the US." His company also makes children's inflatable bounce houses.

The married (43 years) father of two sons originally learned to play poker from his mother. Growing up, he says, his family would play penny games during holiday gatherings. In 1976, at age 21, he took a summer job as a poker dealer at Harrah's in South Lake Tahoe.

"Working as a dealer during the summer and on holidays was enough to support me through three years of college, and it was then that I started playing poker at the Lake Tahoe casinos," the ClubWPT qualifier explained. "Back then there was very little hold'em played. We played mostly seven card stud, but the poker fundamentals were basically the same and I learned from some of the local old time pros how to play and eventually win at stud. I remember being able to win a few bucks here and there .. enough to supplement my cash needs in college."

Brown's favorite poker pros are Phil Laak and Antonio Esfandiari. He practices his heads-up game by watching YouTube videos of Erik Seidel, one of the all-time greats. Not a bad player to learn from.

PokerNews will be on-site in South Florida this weekend and will keep an eye on Brown to see if he can turn his ClubWPT seat into a big payday!

Click here to learn more about ClubWPT and how you can win!

The 2022 WPT Seminole Hard Rock Poker Showdown kicks off April 8 and will play down to a final table of six April 12. Once the final table has been achieved, the remaining players will take a break and then fly out to Las Vegas to play it down to a winner at the Esports Arena on May 25.