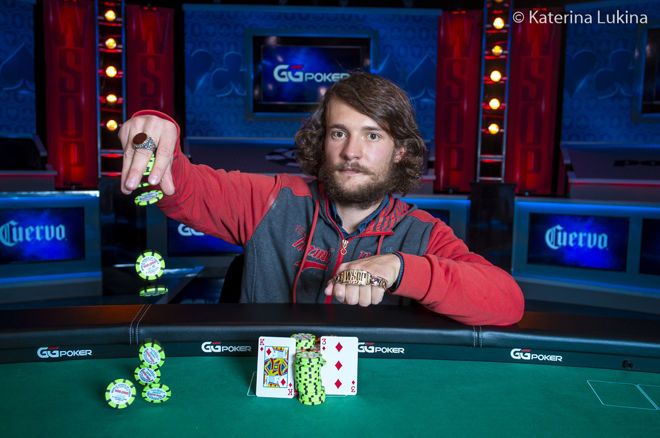 Dalibor Dula bested Cole Ferraro heads up to take down Event #22: $1,000 Freezeout No-Limit Hold’em for $199,227 and his first WSOP bracelet, as well as the biggest score of his career.

"It hasn’t set in for me yet. I think in a week or so I will feel happy, right now I just feel shocked," was the first thing Dula said after his career-changing victory.

Dula, who hails from the Czech Republic, had been playing poker for five years but is on his first-ever WSOP trip. With his win here today, he instantly vaulted himself into the top 100 all-time Czech Republic earners on The Hendon Mob.

The final table was a star-studded affair, with WSOP Circuit ring leader Maurice Hawkins and high-stakes regular Maxx Coleman, but in the end it was the two relatively new faces battling heads up for the bracelet.

Dula was all-in and at risk many times throughout the final table and during heads up.

“I was just so focused, " He said. "I did not really think about the flips. Once you are all in, it is out of your hands, you can’t do anything to win that all in or lose it.”

The Czech Republic pro said that he would be playing the rest of the series as well as the World Series of Poker Europe, hoping to make deep runs in some more events.

The tournament brought out 1,358 entrants to generate a prizepool of $1,208,620 and paid out 204 places. Action lasted two days with 38 total levels being played until a champion was crowned.

The first casualty at the final table came when John Roh tried to bluff all-in against Guowei Zhang’s flopped set of sevens. Zhang called him and John Roh was eliminated in 10th place ($13,672).

Next to go were 14-time WSOP circuit ring winner Maurice Hawkins in 9th place ($17,270) and start of day chip leader Levi Klump in 8th place ($22,080) when Hawkins’ jacks and Klump’s ace-queen could not win against Maxx Coleman’s king-jack.

Nicolo Audannio was next to go when his all-in got called by the final table chip leader Cole Ferraro. The ace-eight could not find improvement against the pocket jacks and Audannio was eliminated in 7th place ($28,565). 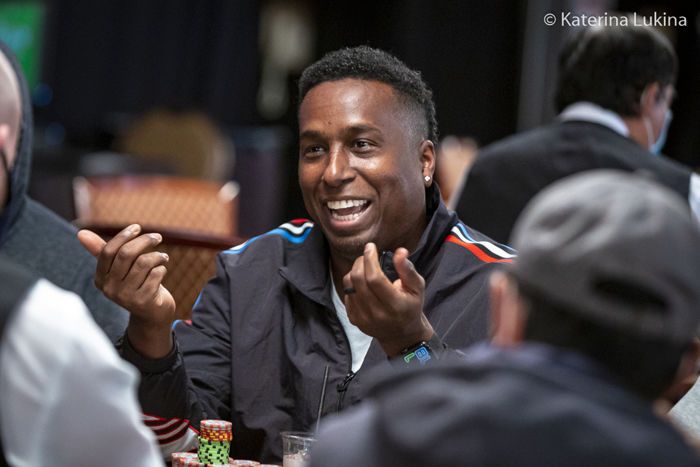 Play slowed down significantly six-handed, with Cole Ferraro pulling away with the lead and the other stacks jockeying for middle position, but ultimately it was Anthony Askey who’s pocket queens were cracked by Edward Welch’s king-jack to leave him very short. He busted shortly after when his last chips got in with king ten-suited only to have the river end him when Ferraro rivered a pair of queens. Askey was eliminated in 6th place ($37,393).

High-stakes regular Maxx Coleman got into a race with the chip leader Ferraro and his king-ten suited could not hold up against Ferraro’s queen jack suited when it turned a flush. Coleman exited in 5th place ($49,519) and Ferraro had put considerable distance between himself and the rest of the field.

"Once you are all in, it is out of your hands, you can’t do anything to win that all in or lose it"

Guowei Zhang and Dalibor Dula got into many all-ins with each other at this point. Both of them trading stacks and having the other at risk for their tournaments at least once, but Dula’s ace-queen managed to beat Zhang’s pocket threes and sent him out the door in 4th place ($66,335).

Edward Welch started the day with the second shortest stack out of 38 remaining players and managed to double up many times, get to the final table, and end the tournament with a podium finish in 3rd place ($89,875). His ace-two suited could not improve enough against Ferraro’s ace-ten and he found himself leaving with Dula and Ferraro to play heads up. 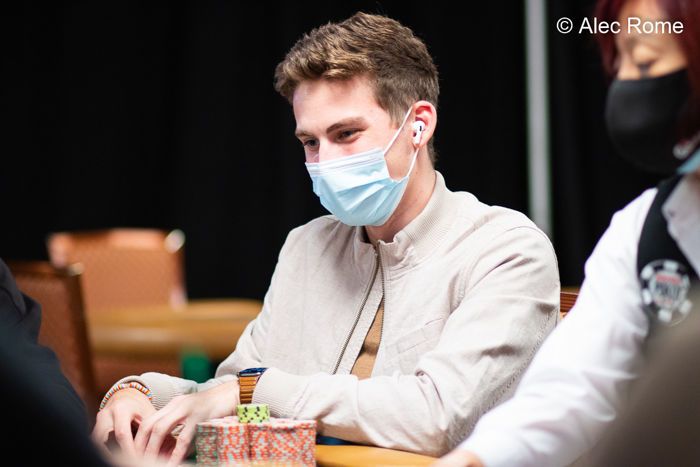 The match between Dalibor Dula and Cole Ferraro lasted roughly four levels. Ferraro began with the chip lead, but the gap narrowed significantly to when Dula won a few key pots to keep himself neck and neck with Ferraro. A key moment had happened when Dula was ahead by a few pots and had put Ferraro all in for his tournament life when Dula had pocket tens in his hand and Ferraro had flopped three eights on an eight-high board. Dula was unable to improve and Ferarro pulled into the chip lead by a significant margin.

It seemed all but over for Dula, who had a roughly 9/1 chip deficit, as he called an all-in for his tournament life with ace-five suited against the pocket kings of Cole Ferraro. An ace on the river kept his tournament hopes alive and from that moment forward the momentum was on Dula’s side.

Play lasted 40-minutes more after the fortuitous ace on the river, as Dula continued to apply pressure and took the chip lead. It all came to an end when Dalibor Dula went all in from the button with king-three suited and Ferraro called it off with jack-eight suited and found no improvement on the board, giving Dula the victory and eliminating Ferraro in 2nd place ($123,142).

Congratulations to Dalibor Dula on his victory in Event #26: $1,000 Freezeout No-Limit Hold'em!