partypoker
Trusted
This article was added by the user Alexander Williams. TheWorldNews is not responsible for the content of the platform.

Danny Tang Wins Event #5; Can Koon Break Through in Event #6? 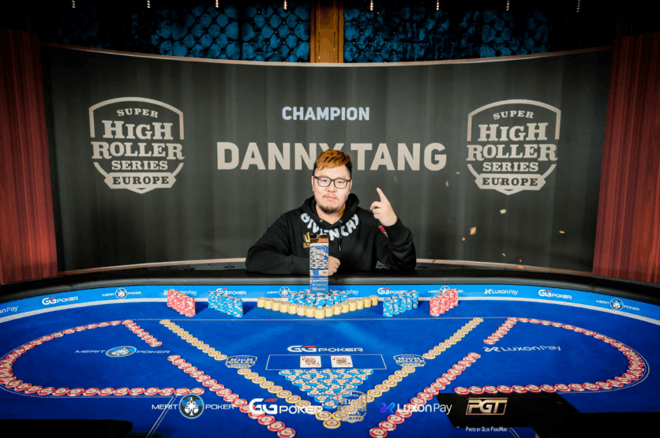 Jason Koon made another deep run but finished third for $256,000. Seth Davies and Paul Phua rounded out the top five finishers.

Tang’s victory came on the strength of his eliminations of Davies and Koon at the final table, a run that gave him a 3-1 chip lead going into heads-up play against Loon. Loon and Tang clashed for about an hour, and the big moment came when Tang’s queen-jack outdrew Loon’s ace-king for a straight to seal the deal.

Phil Ivey remains on top of the SHRS Europe standings with a dominating lead, but Koon picked up 154 points to move into the second position on the leaderboard, while Tang’s win was good for a jump to third. Wednesday’s $250,000 Super High Roller Bowl looms large as the field tries to catch up with Ivey.

The top player at the end of the series will win the SHRS Europe championship and a $25,000 bonus.

Adams is followed by Sam Greenwood in second for a final table that will feature three Canadians, including Daniel Dvoress in fifth. Koon sits in third on the leaderboard and he will look to continue his great run at the Triton Poker/SHRS combined series, where he has five cashes so far. His last three trips to the final table have resulted in a third place finish, and he will try to find a breakthrough with his first victory of the series on Wednesday.

The final table action will air on Wednesday, April 13 with David Tuchman and Brent Hanks doing the commentary on the PokerGO YouTube channel. Play is expected to go live at 7 a.m ET and 4 a.m. PT.