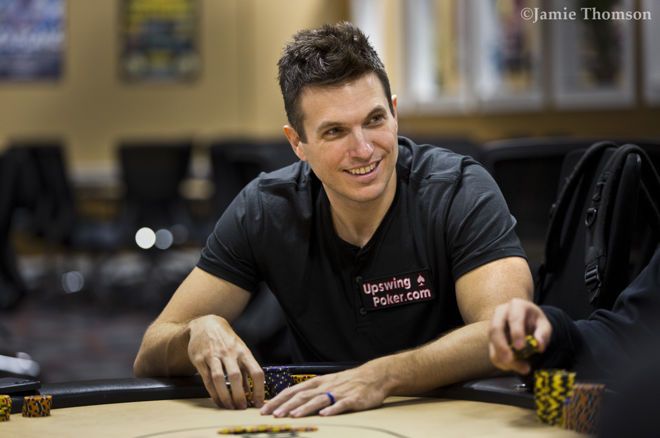 Day 2 of 2022 The Lodge Championship Series €3,000 Main Event wrapped up in the early hours of the morning on Monday, May 23, with the initial field of 259 being whittled down to just 39 players at The Lodge Poker Club. Fittingly, leading the pack is the one and only Doug Polk who bagged and tagged a stack of 2,755,000 when play concluded.

Polk was on a steady climb during the first half of the day but really started to heat up after he eliminated Thomas Penza. The queen-high, two-spade, flop saw Penza jam queen-six of spades and Polk called with ace-queen. Polk held to drop Penza and add a nice chunk of chips to his stack. Polk's stack continued to ascend after busting Thong Nguyen in what was the biggest pot of the day.

Closest behind Polk on the totem pole is Alain Bauer who completely ran over the second half of the day, pulling in pots constantly en route to ending the day with 1,945,000. Stephen Song ran up a stack with his usual aggressive style early in the day and really broke through when he check-raised a flush against Bin Weng who paid him off. Song took that pot and cruised his way through the rest of the night, ending third with 1,895,000 chips.

Some other heavy-hitters made great strides on the second day, including Event 10: $5,000 High Roller runner-up Farid Jattin who sits in fourth place ahead of Day 3. Nir Cohen rounds out the top five chip stacks after he doubled through Andreas Ioakimides who pushed a missed flush draw, only for Cohen to snap with top two. Cohen bagged 1,440,000 and has a shot at beating his personal best cash of $110,955 if he places in the top four. 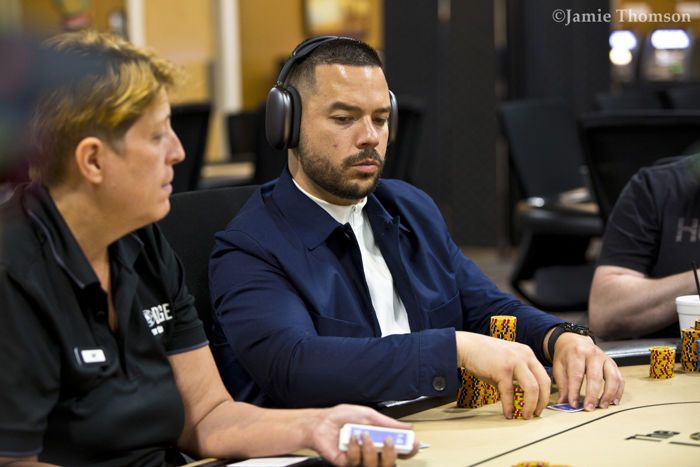 The day started with 259 of the original 617 entries and it was not until after the dinner break that the bubble started to loom. On Level 17 Badr Imejjane found himself with a pair of kings and pushed his stack into the middle. Directly on his left was Thong Nguyen who obliged with a pair of aces. Imejjane failed to crack the bullets and the rest of the field was then in the money, dubbing Imejjane the official bubble boy of this event. 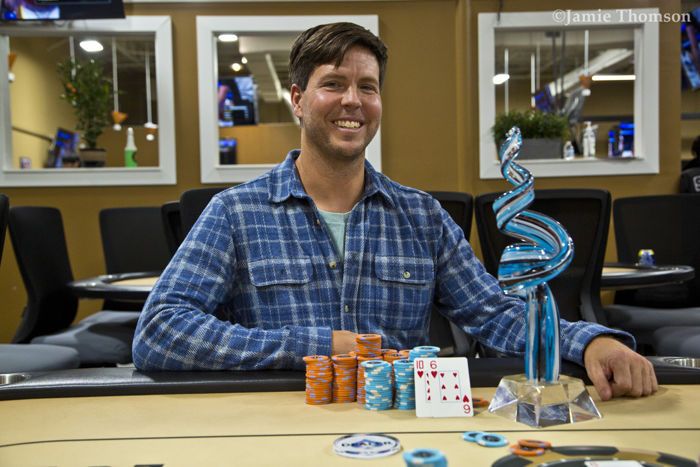 Also wrapping up at The Lodge Poker Club was Event #15: $1,000 NLH Turbo, which saw Maxwell Young as the last player standing. The Florida resident captured the trophy and $25,497 up top after a heads-up deal was made with runner-up Nick Pupillo.

The players agreed to chop the first and second place prizes evenly, then played it out for an extra $99, the trophy, and bragging rights after Young explained that "[Our] stacks are shallow and we don't really feel like either of us has an edge."

The final hand saw both players all-in preflop and Young, with his

made a flush on the 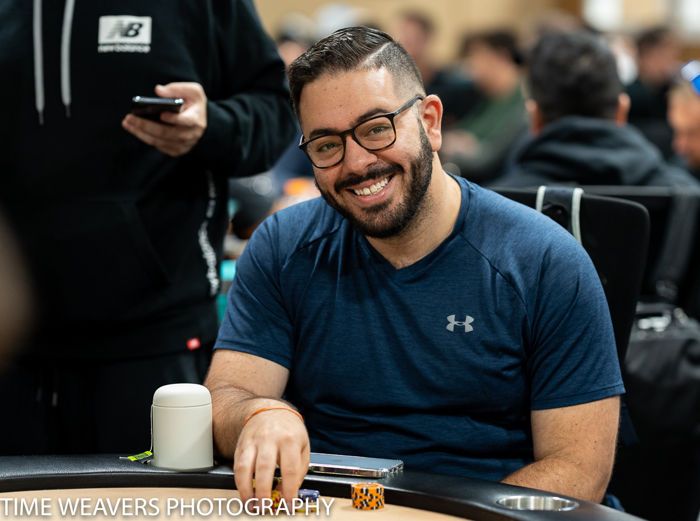