Get Your Las Vegas 2021 Ultimate Guide

FREE! - In this guide, you'll be able to find all the very best information to help your trip to Las Vegas, or follow the WSOP from start to finish. 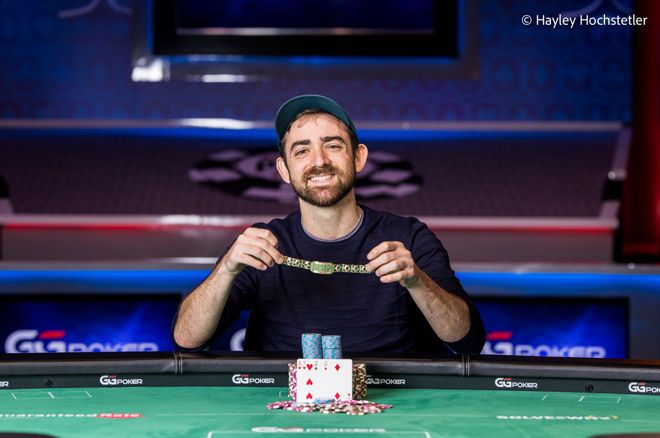 California's Dylan Weisman won his first World Series of Poker bracelet on Saturday by taking down Event #28: $1,000 Pot-Limit Omaha for a six-figure score of $166,461. Weisman, who is the lead PLO instructor for Upswing Poker, entered Day 3 with a dominant chip lead over his four opponents and used it to his advantage — including by sending heads-up opponent Craig Chait out in second for $102,884.

Play on Day 3 lasted for just two hours before Weisman took down the tournament, which began with 1,069 runners and generated a prize pool of $951,410.

Weisman told PokerNews he eliminated at least 20 opponents over the span of three days. That list includes third-place finisher Alexander Yen, who Weisman knocked out when he flopped a set of nines, and Yen flopped a set of eights before all the chips got in the middle.

Weisman entered heads-up play with 19.7 million chips compared to Chait's 1.7 million. Chait doubled up once before the fatal blow, which came when Weisman check-raised to put Chait all-in and Chait called with a gutshot straight draw, while Weisman had a set of deuces. Chait couldn't get there despite picking up a flush draw on the turn and shook Weisman's hand before leaving the table.

After the victory, Weisman's rail rushed onto the floor of the outer feature final table in the Amazon Room and lifted the champion over their shoulders.

"It's my bar mitzvah all over again!" laughed Weisman. 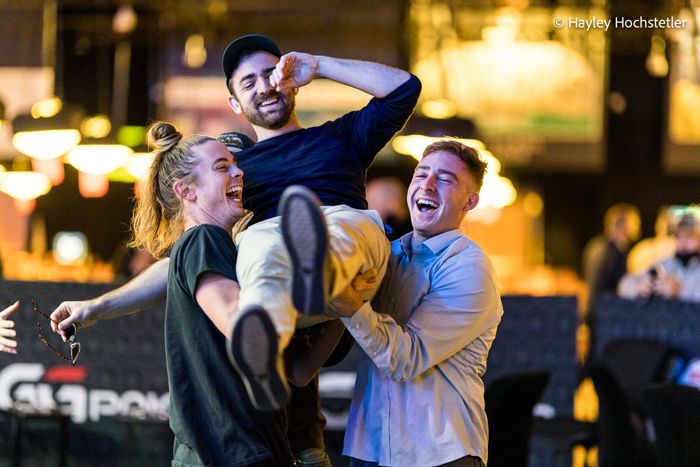 In an interview with PokerNews, Weisman called his heads-up opponent a "rad dude" who was “genuinely kind the entire time.”

“We had been playing a lot together (during the tournament) and he just literally watched me sun-run the entire tournament, so we were meme-ing about it the entire time," he said.

It was also quite the run for Chait, who was nearly sent home in sixth on Day 2 when he was all-in and at risk with a pair of kings against the flopped flush of Chase Fujita and went runner-runner to make a full house. The hand gave Chait a second life and he used it to ladder up to a second-place finish worth six figures.

“He played really well," Weisman said about his opponent. "The fact that he laddered from fifth to second is phenomenal. That takes an immense amount of patience. And so I’m stoked for him and the way he was able to navigate the field.”

Weisman plans to gift his maiden bracelet to his dad, who has supported his son's poker ventures since he first began playing at 13 years old. But the second bracelet is going to mom, according to Weisman.

Be sure to check out the WSOP reporting portal for coverage of other WSOP events.