partypoker
Trusted
This article was added by the user Luke Young. TheWorldNews is not responsible for the content of the platform. 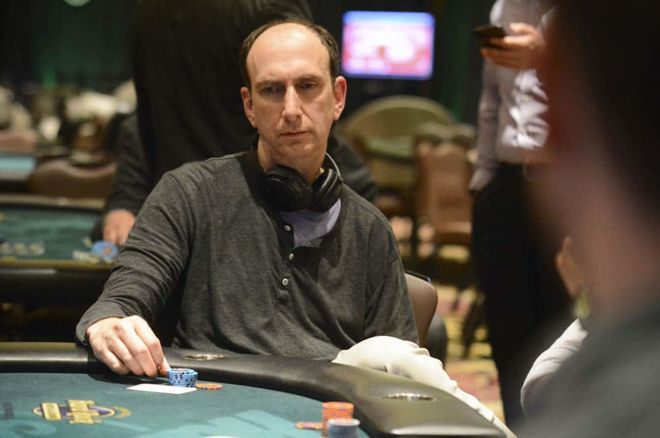 Though three and a half decades have passed since his legendary 1998 heads-up duel against Johnny Chan, made famous by the movie Rounders, Erik Seidel remains active on the tournament poker scene. The Poker Hall of Famer and New York grinder certainly had no plans of missing out on this weekend's $3,500 buy-in WPT Seminole Hard Rock Poker Showdown in Hollywood, Florida.

Yesterday, Seidel took a moment to chat with PokerNews about his recent success on the felt as he took a break during Day 1a.

Seidel, who currently has $39.2 million in live earnings to put him fourth on the all-time money list, according to the Hendon Mob, is on quite a heater.

Just two weeks ago, Seidel topped the high-stakes field at the US Poker Open in a $25,000 No-Limit Hold'em event to win $472,500, defeating none other than fellow Hall of Famer Phil Hellmuth during heads-up play. Ahead of the victory, Seidel found two fifth-place finishes in two $10k No-Limit Hold'em events during the series. 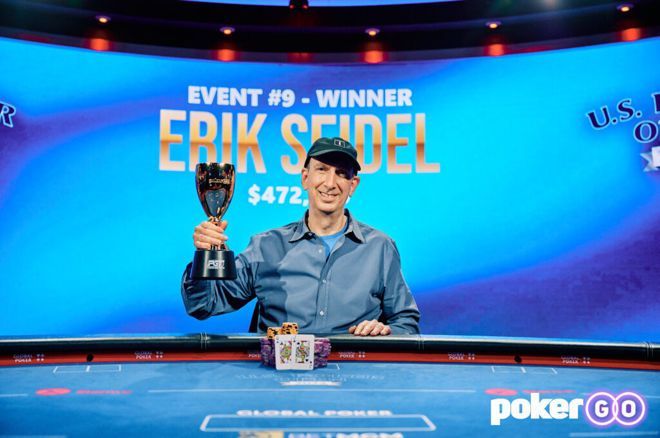 The win gave the nine-time WSOP bracelet winner his first victory on the live felt since 2015, when he took down the 2015 European Poker Tour (EPT) Grand Final €100,000 Super High Roller to pocket $2.2 million.

"That was really nice," Seidel told PokerNews on Friday about getting another first-place finish. "And the money wasn't bad, either."

While the legendary heads-up match-up was a delight for poker fans, Seidel said defeating “The Poker Brat” felt no different than overcoming any other opponent.

"It felt fine," he said about defeating Hellmuth, who he is 3-0 against in heads-up confrontations. "I mean, there wasn't really anything different about it for me."

The victory was somewhat overshadowed by a viral final table play by Hellmuth where he called off for his tournament life holding queen-four offsuit.

"What was different was a lot of attention was paid to it because it was him (Hellmuth)," Seidel acknowledged. "But aside from that, a win is a win."

From Vegas to New York to Florida

After a dominant showing at the US Poker Open, Seidel zipped back home before heading down to Florida for this weekend's WPT Seminole Hard Rock Poker Showdown.

"I like this stop," he told PokerNews. "I always like coming here when I can. I was in New York, so it was easy."

Seidel played for multiple hours on Day 1a but failed to find a bag. He entered early on Day 1b as he looked to build a stack against opponents including Matt Berkey, Chance Kornuth, Brian Altman, Alex Foxen, Kristen Bicknell and Yuval Bronshtein.

The thousand-plus Day 1b field of 1,035 players in the $3,500 buy-in event is certainly a gear shift from the $25k and $10k tournaments of a few dozen Seidel was playing last month. 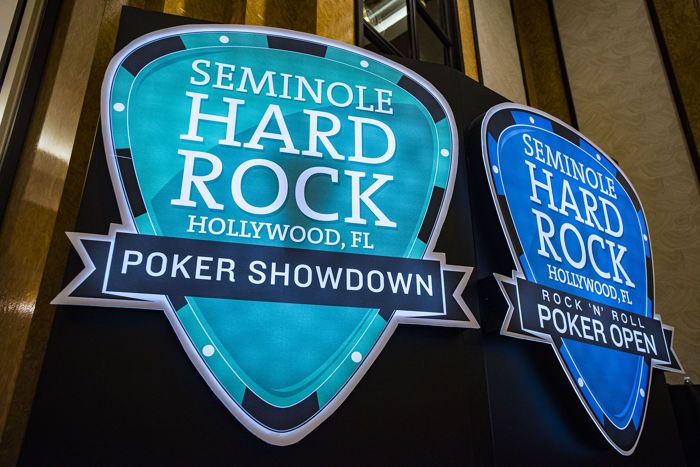 "It is different," he agreed. "It's much harder to play a Day 1 in a tournament like this. The players here, you know, obviously play differently than playing a high-roller where you're playing with the best players in the world. So, I don't know, you do what you can. You pay attention, you see what people are doing."

Deep into the second starting flight after nine hours of play, Seidel sat in the back corner of the Hard Rock Grand Ballroom, leaning back with his long legs crossed as he shuffled his stack of about 40,000 chips, just under starting stack.

When the button got around to him, Seidel pushed all in and in turn got folds from the table — a successful steal that added a few chips to his dwindling pile.

Blinds went up to 1,000/1,500/1,500 shortly after and Seidel found himself all in again for around 32,000 from the hijack. This time, Seidel found a buyer in none other than defending champion Brek Schutten, who last year took down the Championship Event for $1,261,095. 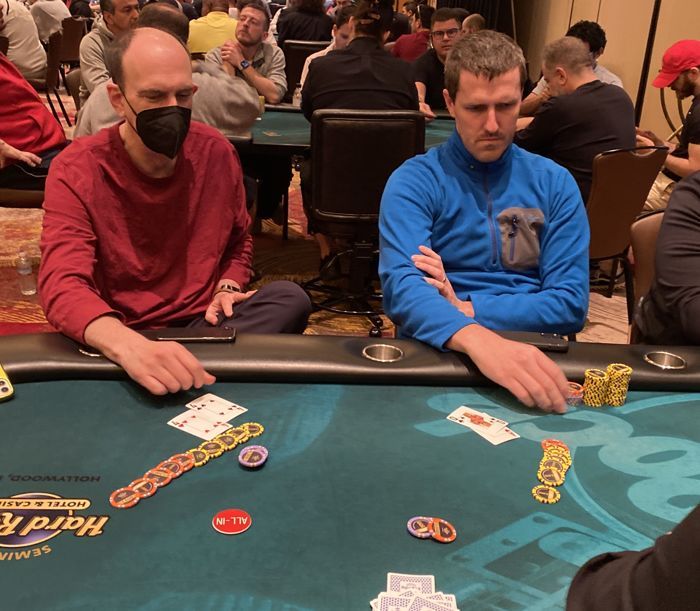 Seidel was the player at risk and was a coin flip to either double or bust as he held pocket fours to the ace-queen of the defending champion. An ace-high flop all but determined Seidel's fate and a meaningless runout ended the New York rounder's run with just one level to go until the end of the day.

Seidel quietly stood up from his seat and quickly moved through the ballroom and out into the adjacent lounge area. He checked his phone as he hustled through the marble-floored Hard Rock hallway and disappeared into the busy Saturday night casino crowd.

With late registration closed, the next World Poker Tour title and first-place prize of just over one million will have to go to someone else. Some of the big stacks as Day 1b winds down include Angelina Rich, Bin Weng, Noah Schwartz, Berkey, Kornuth, Altman and the defending champion who ousted the subject of this article.

The tournament had a massive turnout of 2,010 players to generate $6.4 million in prize money, more than double the guaranteed $3 million, to make it the second largest WPT Main Event ever. Follow the action in the WPT Seminole Hard Rock Poker Showdown by checking out WPT's live updates.