partypoker
Trusted
This article was added by the user James Cox. TheWorldNews is not responsible for the content of the platform. 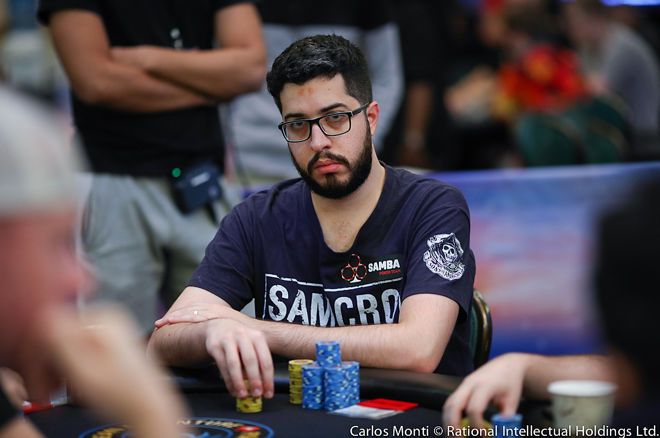 Eder "edercampana" Campana edged his PokerStars winnings ever closer to $3 million by taking down a high roller event during KO Week on April 3. Campana came out on top in the $1,050 NLHE 8-Max Sunday High Roller, a result that added $74,260 to his bankroll.

The Brazilian’s latest in a long line of large scores is the fifth largest of his illustrious carer. it represents the second-largest cash at PokerStars, second only to the $219,725 Campana helped himself to during the 2018 World Championship Of Online Poker (WCOOP).

A field of 378 entrants created a $378,000 prize pool where half went on the heads of each entrants with the top 47 finishers sharing the other 50%. Such luminaries as Simon "C. Darwin2" Mattsson, Ivan "zufo16" Zufic, and Marius "DEX888" Gierse cashed but failed to progress to the eighth-handed final table.

"aminolast" did reach the final table but their time there was short-lived bcause they busted in eighth place. With bounties included, aminolast walked away with $6,40.

"Seunghun" secured a $21,013 payout all the way over in South Korea before "DaniC19941893" of Brazil crashed out in third for $24,155, which left Thomas "WushuTM" Muehloecker and Campana heads-up for the title and a huge bounty payment.

Both heads-up players banked $30,286 from the main prize pool but the final bounty payment up for grabs was even larger than that prize. Muehloecker fell at the final hurdle and added $9,294 to his main prize pool payout. However, Campana added a cool $43,974 to his payout for a combined prize of $39,580.

"Hulaaaa" of Ukraine became a KO Week champion after taking down the $215 Sunday Warm-Up. Winning this tournament would be amazing in its own right but especially so when you consider what Hulaaaa and their fellow Ukrainians are experiencing right now.

Hulaaaa got the job done in the one-on-one battle and padded their bankroll with $44,268, leaving Austria’s YannickPoker1 to reel in a $27,778 consolation prize.

Other PokerStars Results From April 3

A special mention goes to "Ant1K1lller" who won not one but two bounty builder tournaments. They secured the $13,941 top prize in the $215 Bounty Builder before taking down the $109 Bounty Builder for an additional $19,696.