partypoker
Trusted
This article was added by the user Asher Johnson. TheWorldNews is not responsible for the content of the platform.

From Soccer to Solvers; The Interesting Journey of PokerStars' Steve Enríquez 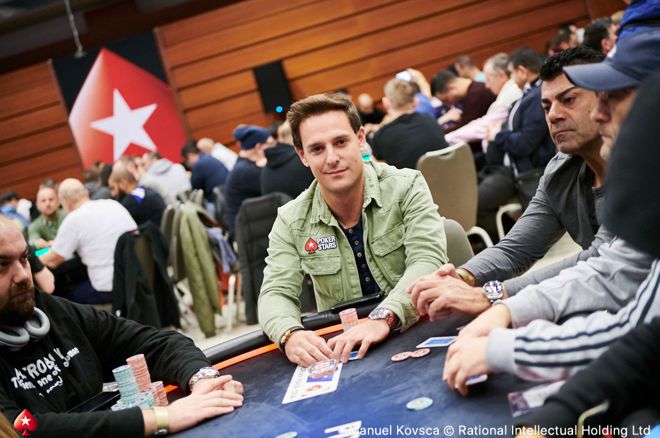 During EPT Prague, the PokerNews team were able to chat with a host of PokerStars ambassadors such as Sam Grafton, Rafael Moraes and Dare2Stream winner Sebastian Huber.

In addition to those names, we were able to talk shop with PokerStars Twitch streamer Steve Enriquez. the Spanish poker player had quite a journey prior to taking up poker full-time and is another example of how the game welcomes anyone.

For many children growing up across the world, becoming a professional soccer player is the dream of many and Enriquez was able to just do that. His career spanned for 14 years and in that time he played for the "best teams in the North of Spain," like Club Atlético Osasuna and Real Racing Club de Santander among others.

Ever the competitive, it was during this time he fell into the world of eSports, before it was the phenomenon it is today. Then while playing his beloved CounterStrike, he came across the world of poker.

"I was playing CounterStrike 1.6 version, not CSGO. And I was making some money out of there playing the tournaments in Spain while playing football as well," Enriquez told PokerNews. "And one guy suddenly told me, hey, you got to check this poker page. You got $50 for you for free."

And like several stories of players finding online poker, he started off with a very humble bankroll but found success early on and never looked back.

"I got the $50 and I just multiplied it by like 20 times. So I was like, okay, I'm making money with this while I was playing football. I saw that I could make some money playing cards while having fun," Enriquez added.

Enriquez then looked to build on his game by joining the PokerStars School in 2011. The start of his poker career centred around cash games before he transitioned to playing multi-table tournaments in 2014. It proved to be a fruitful decision as he would go on to win the Spanish Poker Championship in 2016, and quickly followed that up with a second-place finish in a High Roller in Marbella on the Estrellas Poker Tour.

While honing his skills on the felt Enriquez also become a broadcaster and commentator for the Spanish PokerStars EPT webcasts in 2013, a role he still does today when he isn't playing.

At the time of sitting down with Enriquez, he was an hour away from beginning Day 2 of the EPT Prague €5,300 Main Event. The Spaniard had managed to survive the first day despite being in esteemed company.

"I joined [the Main Event] in level four, I think I had one of the toughest tables with all the top regs like Niklas Astedt and Stephen Chidwick on there," Enriquez said. "I got through with 53,000 at least, almost double my stack, which is not bad for the table. And today I have a really tough table again with Teun Mulder, some Brazilian pros and also Ben Heath. So it's going to be interesting."

Enriquez was eliminated before the paid places in the Main Event but is still aiming to go toe to toe with poker's elite in 2022.

"This year is going to be huge and I want to be part of every big tournament series that happens in the world. I'm trying to travel around the world."

Obviously, one destination all poker players head to is Las Vegas and it appears Enriquez won't be any different. With the 2022 World Series of Poker fast approaching, he'll be looking to emulate fellow compatriots Adrian Mateos, Carlos Mortensen and Leo Margets in getting his hands on some WSOP hardware.

"I'll be in Vegas as well and we'll see what happens after that. But I think it's going to be a year full of stops for PokerStars as well. I don't know if everything is revealed right now, but you will see."

The Pride of Wearing a PokerStars Patch

Enriquez joined the PokerStars brand in May 2019 as a Twitch Streamer and remembered just how awestruck when he was approached by the platform.

"In Spain, we know of poker because of PokerStars because we have these EPTs and all the shows they have put on in the past," he recalled. "When they [PokerStars] approach you to be a part of them, it's like, wow, I can help poker grow. So for me, it's one motivation - to help make poker a better environment."

With a smile on his face, Enriquez rounded off the interview by saying, "The feeling is unbelievable. I cannot explain it to you. It's like, okay, they want me. I remember when I was younger watching those episodes and watching those live streams and now I will be the guy who is helping PokerStars to improve."