partypoker
Trusted
This article was added by the user Emma Wright. TheWorldNews is not responsible for the content of the platform. 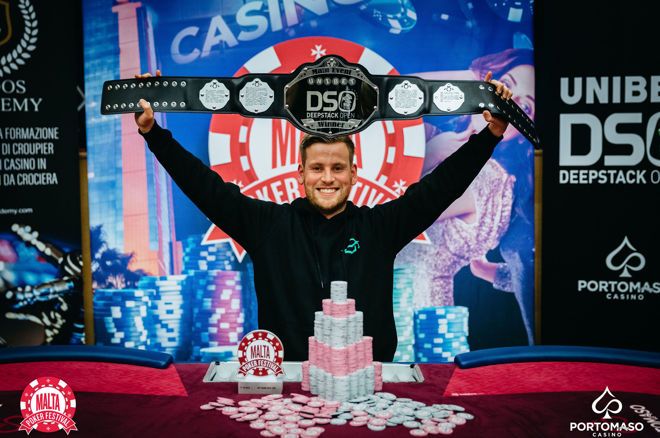 After seven days of scintillating action at the beautiful Portomaso Casino, the 2022 Spring Malta Poker Festival Spring Grand Event winner has been crowned. The Dutch professional poker player and respected poker coach Daniel Lakerveld triumphed in the crown jewel of the MPF for €71,000.

It took over ten hours for play to conclude when Lakerveld defeated Hungarian Simon György heads-up to outlast 1,014 players, which generated a prize pool of €486,720. Lakerveld and György both held trip fives in the last hand of the night but the Dutchman's ace outkicked György's king.

Only18 players returned to action on the final day split over three tables and there was not a long wait before the first bust-outs occurred. Veteran Italian Mario Musacchia was the first to depart when he ran into Simon György's pocket jacks.

Documentary director and poker enthusiast Dominick French finished in 11th place in cruel circumstances as his flopped two pair was beaten by Da Silva's runner-runner flush. French took the beat graciously and jumped into one of the many side events that have been held at the MPF.

James Clarke finished in 10th place and bubbled the final table. The semi-permanent resident of Nottingham's Dusk Till Dawn tried a stop and go with two pair but ran into trips of Da Silva. 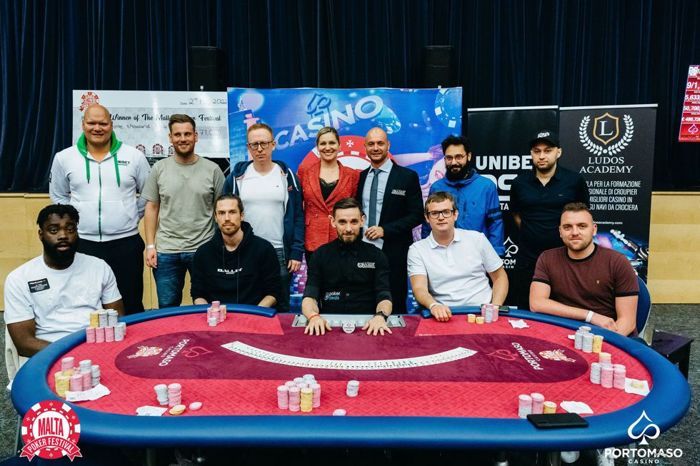 The final table consisted of a mixture of seasoned pros and recreational players. Da Silva was the chip leader going into the final table with a colossal 13,800,000 chips. The lowest stack was György who spun his stack-up to finish second and record the first live cash of his career.

There were massive hands and coolers throughout the final table play. Da Silva took a minor hit when he attempted to bluff György off a rivered royal flush. Lakerveld managed to crack György's pocket aces by hitting quad nines. and Georgis Ninis was eliminated when György hit a three-outer on the river to make two pair.

But it was Lakerveld who outlasted everyone and wins the Malta Poker Festival trophy, his name etched into the Unibet Deepstacks Championship Belt and €71,000. The next event to be held by MPF at Portomaso Casino will be in the fall of 2022.

Samuel Vousden Enjoys The Most Ridiculous of Sundays
Source https://www.pokernews.com/news/2022/05/lakerveld-2022-spring-malta-poker-festival-spring-41123.htm?utm_medium=feed&utm_campaign=homefeed&utm_source=rss