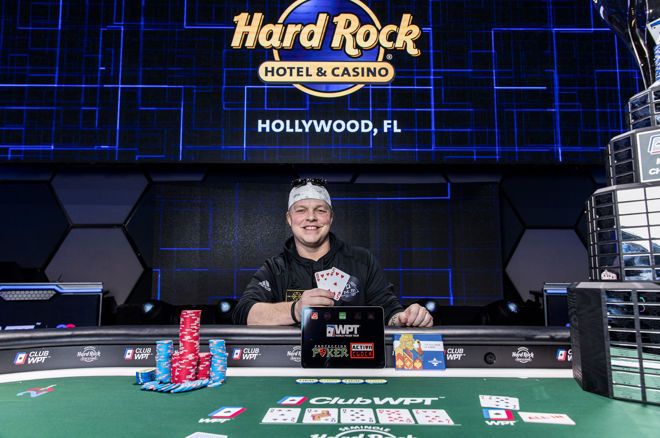 After a six-week hiatus, the final six players from a 2,010-entry field in the $3,500 buy-in World Poker Tour (WPT) Seminole Hard Rock Poker Showdown reconvened at the HyperX Esports Arena in Las Vegas at Luxor.

Four-time WPT champ Darren Elias began the final table as chip leader and was looking to extend his record to five titles. That would have put two titles between himself and the next closest competition – Chino Rheem, Anthony Zinno, Gus Hansen, Carlos Mortensen, Brian Altman, and Eric Afriat all sit with three.

Davis, who began the final table second in chips, wound up denying Elias to claim the title and $1,000,300 top prize for himself. Prior to the win, the man from Alabama had $730,167 in live tournament earnings according to The Hendon Mob, with his prior career-best being $334,678 for winning the World Series of Poker (WSOP) Circuit Harrah’s Cherokee Main Event back in February. 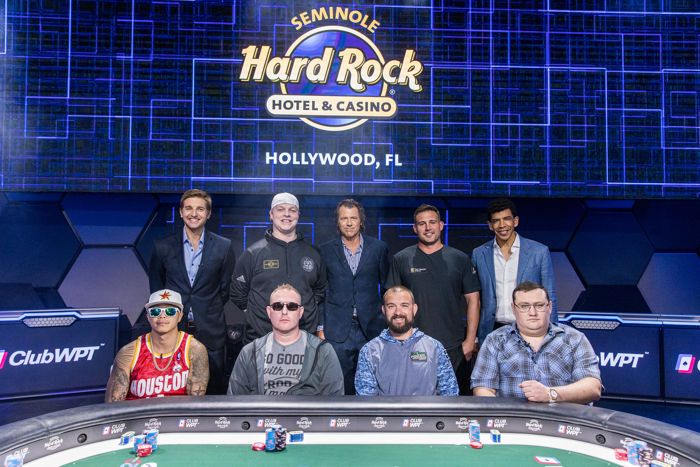 Despite there being 332 big blinds in play at the start of the final table, the action heated up quickly. According to live updates from the event, it took just six hands for Laufer to exit after his pocket threes lost a race to the ace-nine of Davis.

Barfield began the final table as the short stack and lasted until Hand #34, which is when he got his chips all in preflop with pocket sevens and losing a flip against the king-queen of king-queen. Half a dozen hands later, Vo bowed out after getting it in with top pair of aces and a superior eight kicker against Elias, who had ace-seven of diamonds. Unfortunately for Vo, running diamonds gave Elias a flush to end Vo’s run in fourth place for $370,000.

On Hand #53, Exterkotter three-bet all in with ace-four offsuit and was called by Elias, who had pocket sevens. The walking sticks held and Exterkotter exited in third place for $490,000, which allowed Elias to take 63.7 million into heads-up play against the 37.75 million of Davis.

The heads-up match lasted nearly 100 hands and proved to be a back-and-forth affair. Eventually Davis picked off a bluff from Elias by calling with just king-high, and five hands later it was all over. On Hand #150, jammed the turn with a gutshot straight draw and Davis snap-called with bottom two pair. Elias bricked the river and had to settle for second place and $660,000 in prize money, which brought his lifetime earnings up over $10.5 million according to The Hendon Mob. 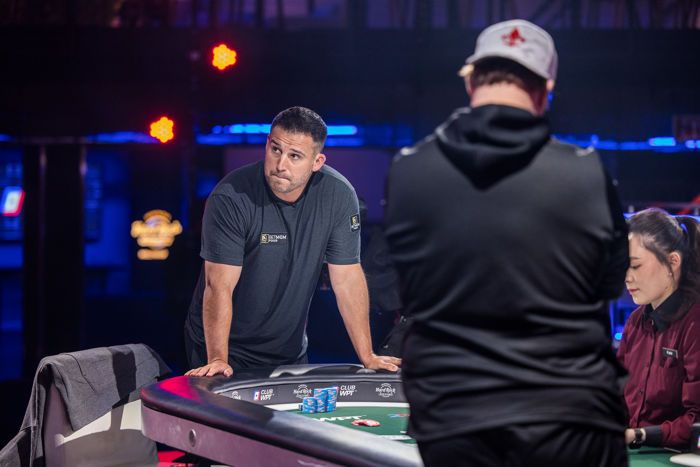 Even so, Elias was denied a record-extended fifth title that would’ve went with the four he won between 2014-18.

The WPT continues on Thursday, May 26 with the final table of the WPT Choctaw also at HyperX Esports Arena. Some big name pros, including Chance Kornuth and Kristen Foxen, are still alive in the chase for the $486,600 first place prize. PokerNews will offer a recap of that final table once a winner is crowned.