partypoker
Trusted
This article was added by the user Willow Davis. TheWorldNews is not responsible for the content of the platform. 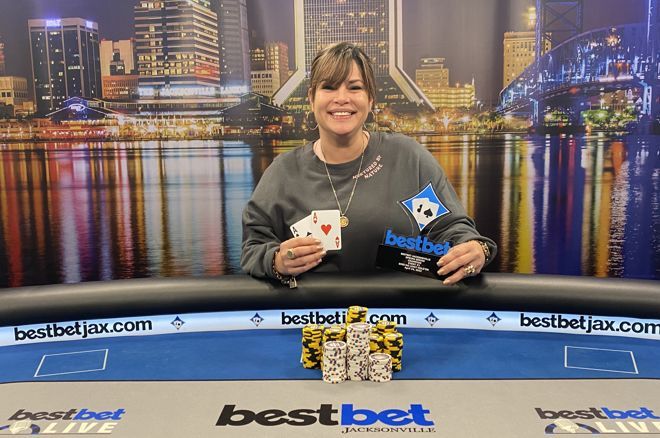 Mary Darnell of Crawfordville, Florida took down Event #1: $560 NLH at the 2022 bestbet Jacksonville Spring Series on Sunday evening following a four-handed ICM deal at the final table. Darnell, who had a slight chip lead over her competitors, earned $36,450 for her first-place finish in addition to the beautiful blue bestbet trophy.

The opening event of the bestbet Jackson Spring Series attracted 571 runners across three starting flights to generate $274,080 in prize money. Only 71 players returned for Day 2 and were all guaranteed a minimum payout of $867.

After the career-best victory, Darnell, who had $71,174 in live earnings heading into the tournament according to Hendon Mob, told PokerNews she was "overwhelmed" and "excited" to lock up the victory.

"It was definitely a yo-yo," Darnell said about her Day 2. "One minute I was down and the next minute I was up. I'm surprised I made it to the final two tables. I took such a bad hit after having over a million in chips and just two hands took me down to only 120,000. And I pretty much thought i was already out. But I ground that up to 1.3 million and it took me to the final (table)." 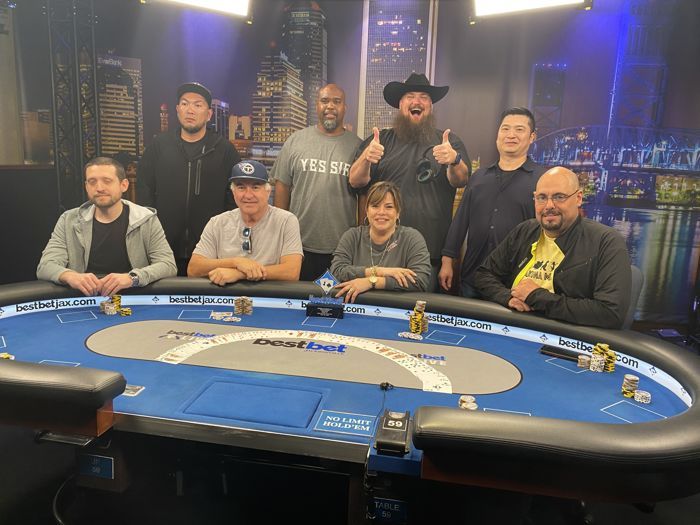 It didn't take long for the field of 71 to dwindle down to just a few dozen players. Some of the players who were eliminated early in the day included World Series of Poker Circuit ring winner Michael Morusty, Brenda Miller, Gloria Jackson, Keith Jones, Terry Davis and Moose David Hughes.

Day 1b chip leader Matthew Sundberg was eliminated halfway through the day when he jammed a flop with middle pair and Alexander Monroe called with an open-ended straight draw before getting there on the turn.

Darnell built up her stack early, including in a memorable hand where she took a pot off an opponent with a river jam while just holding ace-high. The day before, she took another pot that didn't belong to her away from Bryan Brockmeier, who folded a set of fives before Darnell showed a lower set holding pocket fours.

The two were seated next to one another at one point in Day 2 and reflected on the pivotal hand.

"Why were we going at it as the two table chip leaders?" Brockmeier asked.

"Because you didn't introduce yourself or tell me your name," Darnell replied. 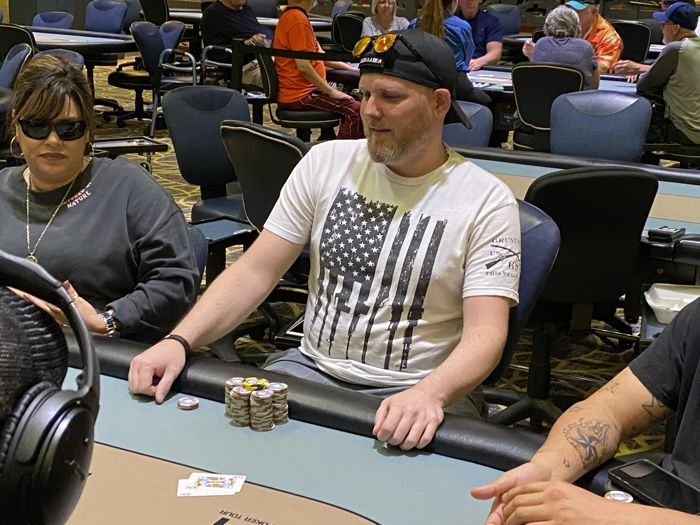 Two-time WSOP Circuit ring winner Justin Matecki went out on the live-streamed final table bubble when his pocket tens were cracked by the ace-nine of the eventual champion.

Not long after, Jacksonville's Edward Mroczkowski went out in eighth place in the third hand of the final table when he got it in with ace-queen against the ace-three or Darnell, who managed to flop the nuts with a Wheel.

It was clearly a good day for Darnell, who went on to eliminate Day 1a chip leader Brian Dumaplin in sixth place by winning a flip with king-queen against pocket sevens.

Timothy Forsberg was next out in fifth when his pocket jacks couldn't hold against the ace-three of Zhang, who made a flush on the river, and the remaining players reached a deal soon after.

Darnell on a Heater

What's the secret to her success?

"Just a lot of getting your tail beat left and right, over and over," she said. "After a while, you quit doing to do the things that caused you to get your tail beat."

Additionally, Darnell credited getting to play against and learn from "amazing players" at final table.

"When you're at a final table, you're really with the best of the best, and whether they got there by luck, the majority of them are there by skill," she told PokerNews. "You'll see the same faces continuously. They didn't get there all the time accidentally."

There are still a number of events left the 2022 bestbet Jacksonville Spring Series, including the $1,680 buy-in Main Event from April 28 to May 1 that includes mystery bounties. PokerNews will be live reporting the Main Event, so stay tuned.

A full list of events remaining in the 2022 bestbet Jacksonville Spring Series is available in the table below.

Click here for more on the bestbet Jacksonville Spring Series!