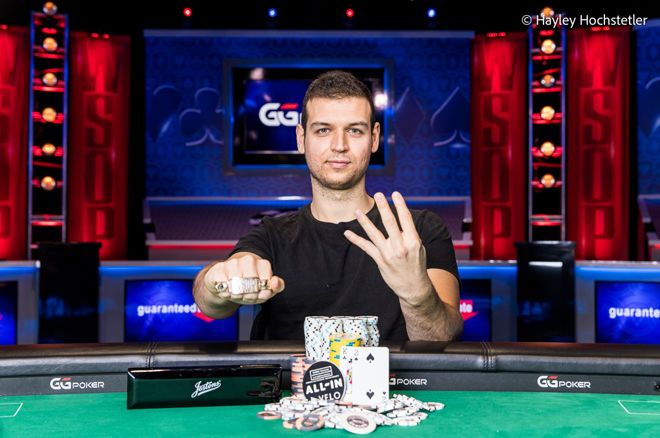 Australia’s Michael Addamo defeated Kevin Rabichow in heads-up play to win Event #87: $100,000 High Roller No-Limit Hold’em and close out the 2021 World Series of Poker in its final year at Rio All-Suite Hotel and Casino. Addamo survived a field of 64 players and a talented final five to claim the $1,958,569 grand prize and the WSOP gold bracelet.

This is Addamo’s fourth WSOP title and the second of 2021 after he took down the $50,000 High Roller 8-handed event earlier in the series. The win tops an incredible year on the high-stakes tournament scene.

Addamo has been a force in high-stakes tournaments in 2021, winning five different events with a $50,000 buy-in or more, while finishing second and third in two others. The Aussie’s live tournament earnings for 2021 tally just short of $9.5 million, and today’s win brought his career total to just over $17.7 million.

Addamo came into Day 3 with a commanding chip lead, but Sam Soverel was able to double through the champion and take the top spot on the leaderboard on two separate occasions. Addamo fought back and regained the lead each time before he held off Kevin Rabichow’s attempt to double in heads-up play to claim victory.

“Kevin (Rabichow) is a heads-up player originally, so it would’ve been quite tough with double up there,” Addamo said in a post-win interview.

After a career year, the newest addition to the four-time champion list is ready for some time off.

“I’ve been playing non-stop for three and a half months straight so I am ready for a break,” Addamo said. Don’t expect him to be out for long, especially with the growth on the high-stakes tournament scene.

“The schedule hasn’t been announced yet but I will be playing a lot of tournaments next year and more at the WSOP again.” 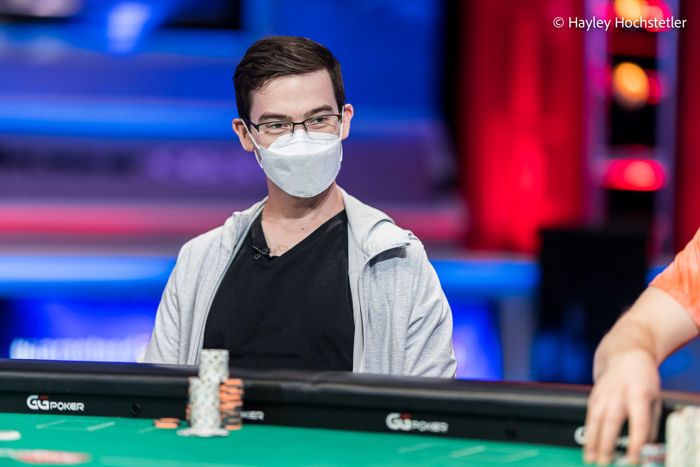 Action started early when Sean Perry got it in with ace-jack and doubled through Addamo. Otherwise, the early hands were a feeling out process until Henrik Hecklen was eliminated in fifth place when his queen-jack lost to Soverel’s pair of kings.

Soverel followed up the elimination with a double-up through Addamo that gave him the chip lead. Perry was soon out in fourth place when his pair of sixes ran into Rabichow’s pocket eights.

Addamo reclaimed the chip lead in three-handed play and extended it with big bets that put pressure on Soverel and Rabichow, but he ran into danger when Soverel called a big Addamo bet and doubled back into the lead with pocket nines.

Soverel’s time with the lead was short-lived and Addamo re-took the top spot when he shoved with jack-ten and beat Soverel’s ace-jack when a ten dropped on the turn. The hand left Addamo with more than 24 million, nearly two-thirds of the chips in play.

Once he took yet another commanding lead, Addamo went to work and eliminated Soverel in third place with ace-jack. Addamo held nearly all of the chips on the table as heads-up play started, and the big moment came when Rabichow got it in with ace-six. Addamo caught a pair of twos on the flop and held on to win the hand and the tournament.

Congratulations to Michael Addamo for winning his fourth bracelet in Event #87: $100,000 High Roller No-Limit Hold'em on the final day of the 2021 World Series of Poker.

Thank you for joining the PokerNews live reporting team for all of the updates from throughout the final year at Rio All-Suite Hotel and Casino. Be sure to join us in the future for coverage of all of your favorite events.