partypoker
Trusted
This article was added by the user Willow Lewis. TheWorldNews is not responsible for the content of the platform. 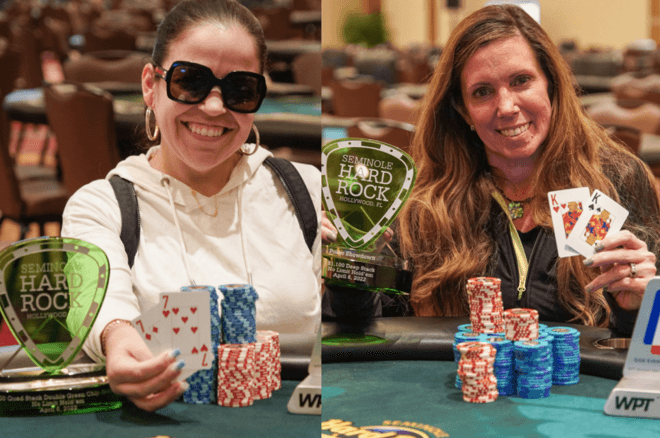 Novak made her way through a field of 475 entrants in Event #30, which generated $460,750 in prize money to more than quadruple the $100k guarantee. It was an impressive victory for the "recreational" player, who started playing poker again back in September, as she had to battle against a final table that featured top pros including Chance Kornuth and Kristen Bicknell. 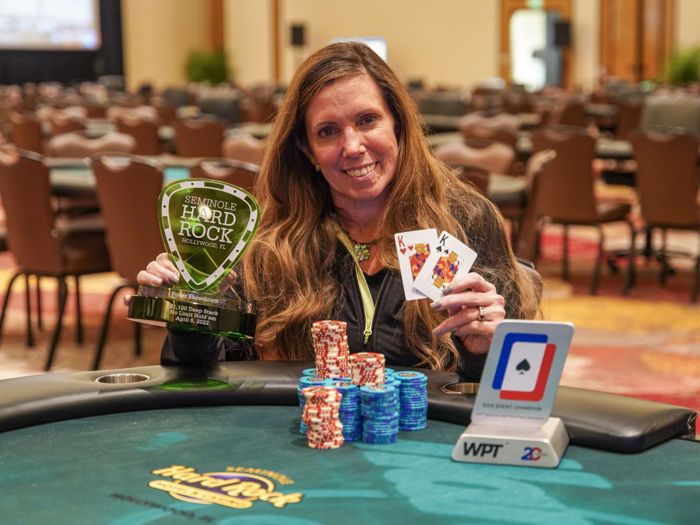 Bicknell, who PokerNews interviewed earlier in the series, finished in eighth for $12,085, but Kornuth stuck around to get heads-up against the eventual champion, falling when his top pair was no good against the overpair of Aguilar.

“When I saw Chance at the table I thought I had no chance, as silly as that sounds," Novak told WPT after the victory.

The nearly six-figure score is a nice payday for Novak, whose first tournament cash dates back to 2009 and whose previous biggest score was $41,420, according to Hendon Mob.

“I have a family, a job, a grandson, so I just can play when I can," she told WPT. "My husband is super supportive about me traveling, so I pick like three or four places throughout the year I wanna go to, and spend about two weeks there and kinda focus on the game. It’s just been working out. I’ve definitely seen an improvement in my game since September.”

Kornuth, who has $9.4 million in live earnings, was an optimist about the heads-up defeat.

Eight-Handed Deal Wins It for Aguilar

As Novak was celebrating her WPT victory, Jennifer Aguilar was battling through a field of 398 entries in the bounty event that produced a prize pool of $43,780, with an additional $19,900 set aside for bounties. 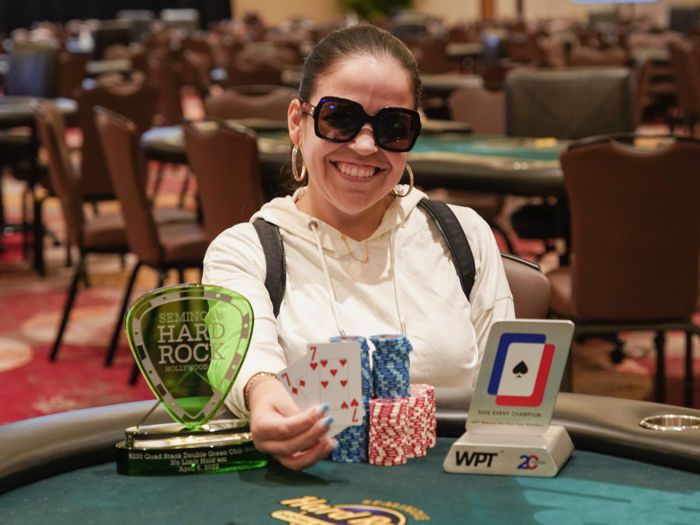 At the final table, the remaining eight players reached a deal to split the prize pool. As chip leader, Aguilar took home $5,095, while each of her seven competitors, who included Ronnie Tate, Perla Ojeda and Jancer Gomez, each pocketed an even $3,000.

The victory gave Aguilar her third biggest live cash and she now has $44,801 in live earnings to her name, according to Hendon Mob. Her biggest score was earned back in November in the same venue at the WPT Rock 'N' Roll Poker Open, where she finished third in a bounty event for $8,872.

It had already been a good series for women in poker before the $250 buy-in Ladies Event attracted 97 entrants to make it the largest Ladies Event in SHRP history. 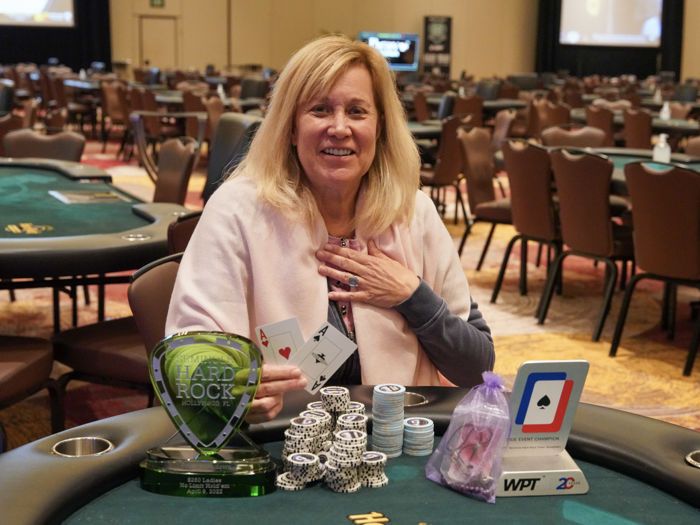 In the $3,500 buy-in Championship Event, which is currently underway, four women were among the 99 players who survived to see Day 3 on Monday: Lexy Gavin, Kitty Kuo, Ema Zajmovic and Nancy Birnbaum.

A handful of WPT trophies are still up for grabs with multiple events remaining here at the WPT Seminole Hard Rock Poker Showdown. Follow the Championship Event action with the WPT's live updates.