partypoker
Trusted
This article was added by the user Jaxon White. TheWorldNews is not responsible for the content of the platform.

PokerStars US SCOOP 2022: Everything You Need to Know 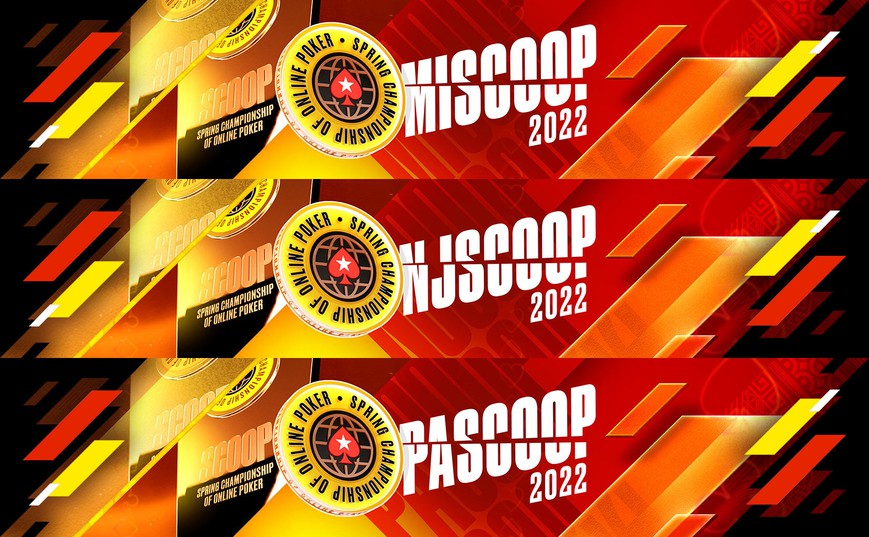 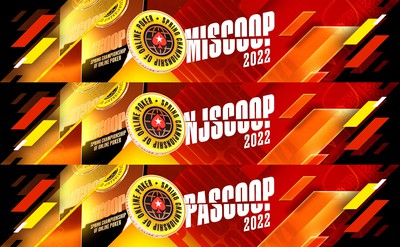 The global gaming giant has scheduled three big series across New Jersey, Michigan, and Pennsylvania, with combined guarantees of $4.5 million. As first reported on US Gaming Review, Each series has at least 1 million dollars guaranteed over more than 100 tournaments and each boasts a six-figure guaranteed Main Event, one of the biggest in their respective markets.

Each of the regional iterations is still distinct — the player pools between these three states are still segregated. However, in a sign that the operator is getting its ducks in a row ready for a potential single shared liquidity network (a so-called PokerStars USA) in the future, for the very first time, it has scheduled all SCOOPs to run over exactly the same dates.

The three schedules are also very similar, with mostly just minor tweaks to buy-ins and guarantees. The operator has also, for the first time, promoted the US SCOOP moniker ahead of this series.

SCOOP is famous for its three-tier buy-in structure, and the 2022 editions are no exception.

In Pennsylvania and Michigan, there are 40 individual events, while in New Jersey, there are 35. Each is offered in three buy-in tiers — Low, Medium, and High — meaning more than 100 individual tournaments in each state are on offer.

It also means that players of any bankroll size can take part.

US SCOOP 2022: Tournaments and Guarantees

Casual players can find a string of events priced from $10 to $20, each with thousands in prize money guaranteed. On the high end, there are just as many tournaments costing $100 to $200, and a few between $500 and $1000, with prize money for most in the tens of thousands.

SCOOP is also famous for offering a great mix of game types, showcasing the less popular formats that usually get less attention.

While the US SCOOP 2022 schedule on PokerStars MI, PokerStars PA, and PokerStars NJ is pretty No Limit Hold’em-heavy, there is also a decent spread of less traditional formats. In every market, there is a PLO Spring Championship trophy event plus HORSE and 8-Game mixed events. In Pennsylvania and Michigan, there are also PLO8 and Razz tournaments on offer.

PLO8 and Razz are not available on PokerStars NJ. Guarantees differ slightly between each market.

Throughout the schedule, there are specially earmarked Trophy Events, where the lucky winners get to take home a coveted physical SCOOP trophy alongside their first-place prize money.

There are nine such events in each state, meaning 27 tournaments and trophies in total. These are some of the biggest tournaments available, with most sporting 5-figure prize pools.

Each series of courses culminates in a Main Event on Sunday, April 10. On the low tier, this is called the Mini Main with a $50 buy-in, and, in the mid-tier, is the official Main Event with a $300 buy-in, split over two days. High rollers can also play the $1k buy-in high-tier Main.

PokerStars US SCOOP 2022 Promotions and Satellites

Of course, no tournament series is complete without a string of accompanying qualifiers and promotions, and it looks like PokerStars is going to offer all of its big promos in an effort to get players in seats.

Most interesting to new PokerStars US customers are the Main Event Depositor Freerolls. Make a deposit and use a special bonus code to gain access to a Depositors Freeroll with guaranteed tickets to the Main Event.

Which code you use and the amount you deposit determines which freeroll you gain entry to. Deposit the max $200 and you gain entry to both freerolls, maximizing your chances of nabbing a free ticket to the Main Event.

If you’ve yet to sign up for an account with PokerStars, now’s a great time to do so. You can take advantage of a great PokerStars US welcome bonus on your first deposit, then deposit again to get a freeroll ticket.

For more ways to win tickets, PokerStars is already spreading special Spin and Gos running in the client which offer the opportunity to win a ticket into the Main Event. These cost $3 to enter, and the top prize — which will trigger 0.25% of the time — is a $300 ticket to the SCOOP Main Event.

Of course, there are also Leaderboards in each market, again giving away almost $10,000 in each market, split between low, medium, and high-tier leaderboards. Finishing well in tournaments nets points on the leaderboard, so players committed to playing a lot of the series stand a chance of getting a great extra prize at the end.

SCOOP US 2022 starts on March 25 and runs through to April 11 in Pennsylvania, Michigan, and New Jersey.