partypoker
Trusted
This article was added by the user Carter Jones. TheWorldNews is not responsible for the content of the platform.

RaPaPaPaPam Runs Away With 888poker KO Games Tune Up Title 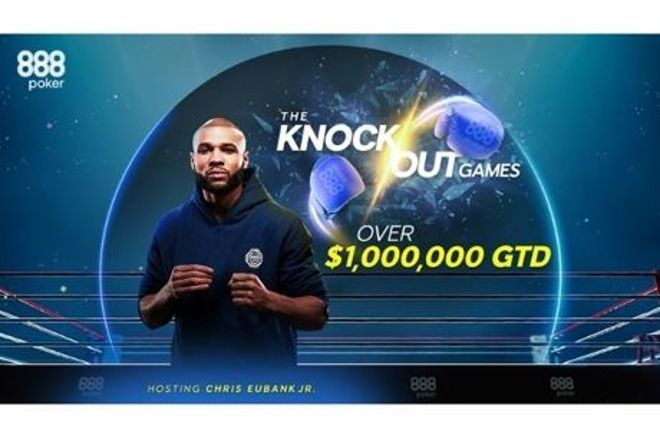 The 888poker Knockout Games Series continues to create substantial prize pools and crown poker champions, with "RaPaPaPaPam" the latest 888 star to walk away with a bankroll-boosting prize. The Ukrainian grinder triumphed in the $150,000 Tune Up PKO event, turning $160 into $20,885 with bounty payments included. That prize is the largest awarded on the series so far.

Some 783 players bought into the Tune Up PKO event, which left 888poker with a slight overlay, not that those who finished in the money places cared because it essentially meant free money for them. Here's how the final table went down.

It didn’t take long for the first finalist to bust out, that dubious honour going to "zer0szbr0" of the United Kingdom. They three-bet all-in for 15.6 big blinds with pocket nines after "Aragorn92" Min-raised from early position. Aragorn92 called with ace-king, flopped a king, and sent zer0szbr0 to the rail with $1,691 in prize money.

Sweden’s "Perrymejsen," a regular in 888poker’s biggest buy-in events, was the next casualty at the final table. Aragorn92 limped in from middle position but instantly called when Perrymejsen shoved for 14.9 big blinds on the button. The insta-call was because they were sat there with pocket aces, which had his Swedish opponent’s pocket queens crushed. Aragorn92 turned a full house to reduce the player count by one.

The final seven became six with the elimination of "DGR.POKEHER." They committed their stack with ace-ten on an ace-high flop only to run into the dominating ace-king in the hands of "Machidon7."

Sixth place and $3,968 went to Brazil’s "PagoPerdeu," who can count themselves unlucky with how they busted. "AnfryOgr" min-raised with ace-king on the button and PagoPerdeu defended their big blind with king-eight. Both players flopped a king, and PagoPerdeu checked, AngryOgr bet one-third pot, only for PagoPerdeu to check-raise small. AngryOgr called, leading to a seven on the turn. Both players had 15 big blinds, and the pot was less than 14 bigs, so the chips were bound to end up in the middle. That is what happened and PagoPerdeu crashed out after missing on the river.

The aggressive Aragorn92 was the next player out of the door despite leading with five players remaining. They shoved on the turn with a flush draw only to discover RaPaPaPaPam was sat there with a set of fours. The river failed to bring the flush in, and Aragorn92 busted.

Ukraine’s AngrOgr was the next busted player. RaPaPaPaPam open-shoved from the button and AngryOgr called off their 11.7 big blind stack, doing so with ace-queen. AngryOgr looked in good shape against their opponent’s ace-ten, but two tens on the flop changed that in an instant. The ace-queen picked up a straight draw on the turn, but the river was a brick.

Heads-up was set when "KBONGRJ" dusted off their chips in third place after a set-up hand three-handed. KBONGRJ got his 26.4 big blind stack in with queens but ran into the kings of Machidon7. That left KBONGRJ with 0.3 big blinds and they busted on the very next hand.

Machidon7 held a narrow lead going into heads-up against RaPaPaPaPam but they ultimately finished second. The final hand saw Machidon7 get a little too frisky with pocket sixes, raising preflop, then betting the jack-seven-ace flop, and the deuce turn, before shoving on the five river. Emptying the clip sometimes works but not if your opponent is sat their with top pair. Game over for Machidon7 and victory for RPaPaPaPam, the largest haul of the KO Games series so far.

Now is the perfect time to join 888poker if you have not already done so. Download 888poker via PokerNews, create your free account, and 888poker will give you a free $20 worth of cash game and tournament tickets – this is a free £20 for residents of the United Kingdom – just for reaching this stage.