partypoker
Trusted
This article was added by the user Josiah Thomas. TheWorldNews is not responsible for the content of the platform. 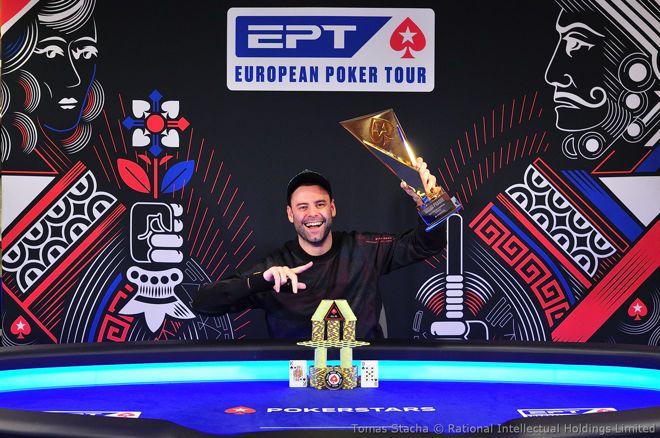 Day 3 of the PokerStars European Poker Tour (EPT) Prague €10,300 EPT High Roller has come to an end after 11 hours of play. A day that started with 23 hopefuls ended with one champion, who took home the EPT trophy and the €475,410 grand prize.

That champion was Robert Cowen of Wales, who added another big title to his growing poker resume. Cowen won his first WSOP bracelet back in November and now, four months later, he takes home his first EPT trophy for nearly double the amount of money of his WSOP victory.

With his poker resume including cashes that extend all the way back to 2008, Cowen has now won well over half (~$900,000 of his career ~$1,400,000) within the last four months, pointing to evidence that Cowen is a player on the serious come up.

Cowen’s Day 3 was a remarkable one. He started the day with just ten big blinds and was the 22nd stack out of the starting 23 players. He was nearly out the door just fifteen minutes into the day when he was all in and trailing through the flop but would hit a pair on the turn to double and stay alive. From there on out, it was time to spin it up as he gradually gained chips to thwart the immediate threat.

Still third lowest in chips at the two-table redraw, he would stay hovering around the bottom third into the final table where he was the fifth stack out of eight.

After the dinner break, it was time to make his move as he started to accumulate with five remaining, before really turning up the pressure three-handed where he would put a lock on his opponents until the title. 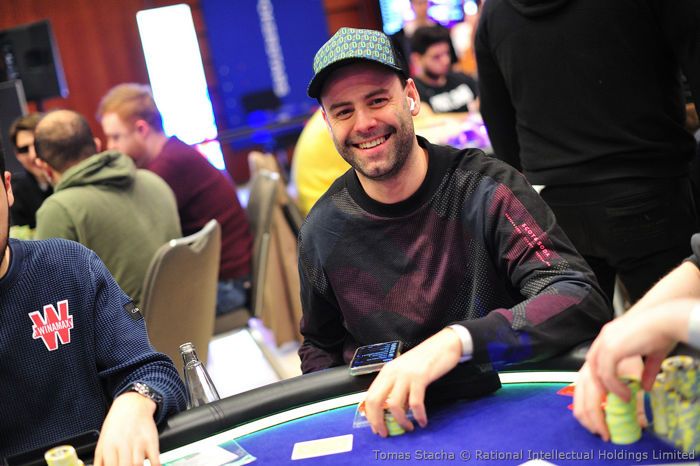 Action of the Day

The day began with 23 and would start to move at a steady downward clip as players dropped at a consistent pace, going down to 15 before the first break. That pace would continue into the second break where ten would remain at that point.

The final table was reached shortly after that when Niall Farrell was taken out in ninth place after securing a pay jump by the matter of a few seconds.

The final table continued at the same steady pace when Kayhan Roshanfekr was the first to depart in eighth place.

Christopher Puetz was the next to go in seventh when he ran his ace-queen into the ace-king of Adrian Mateos who was starting to emerge as the big stack at that point. Mike Watson then went out in sixth place just before the dinner break.

Heading into dinner break, Mateos had a big chip lead on the field and would’ve been the odds on favorite to take the title at that point. But things took a drastic turn after dinner as Mateos started losing several pots in a row and after just one hour was suddenly the short stack. He would not be able to regain any momentum and his slippery slide culminated in a fifth-place finish. 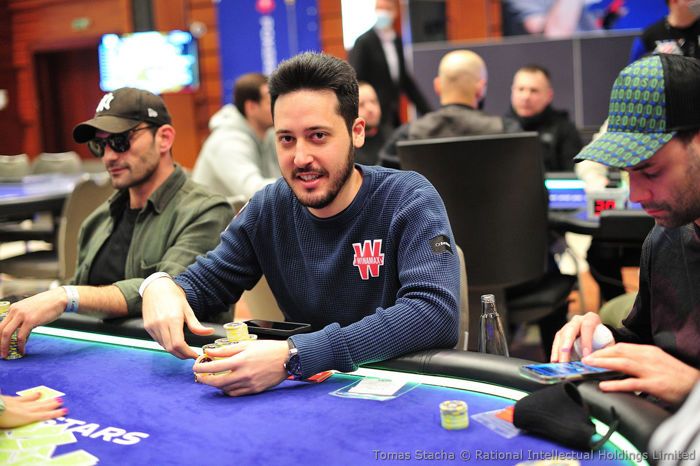 Ricardo Caridade was then eliminated in fourth place, as he was able to ride a short stack through to several pay jumps.

Three-handed play was an even affair with each player having highs and lows. Eventually, Conor Beresford would bow out after losing a big flip to Andriy Lyubovetskiy to set up heads up play.

Cowen and Lyubovetskiy agreed to an ICM deal before heads up play to even out the payouts more but left €50,000 up top to play for and the EPT trophy. Lyubovetskiy, representing Ukraine, had started the day as chip leader and was near the top most of the day before a downturn with two tables left that almost saw him go out before the final table.

He would stave off the short stack struggle and rise back towards the top at the final table to enter heads up play with 43% of the chips and a serious chance to win.

But, heads-up play was short despite the deep stacks, and soon, Cowen found himself as champion after his king-nine held against queen-jack.

That wraps up the PokerNews coverage of EPT Prague! Join us again for more EPT action in EPT Monte Carlo coming in Late April.