partypoker
Trusted
This article was added by the user Victoria King. TheWorldNews is not responsible for the content of the platform. 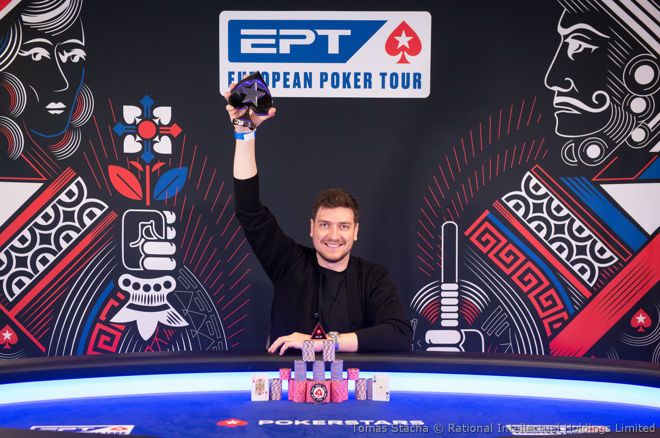 The fourth edition of the €25,000 Single Day High Roller at PokerStars EPT Prague tournament took over 14 hours to complete. The single-day event attracted 39 entries to generate a prize pool of €936,390, the largest of the series so far.

Taking home the Spadie Trophy and the €318,370 grand prize was Rodrigo Selouan of Curitiba, Brazil. Mainly online player, Selouan secured his first cash in Europe in style with a score that is almost ten times greater than his total registered career poker earnings thus far (~$34,000). The best of which was for $12,578, coming when he won a $300 buy-in Venetian Deepstack Extravaganza event in 2018.

Selouan was steady all day, being a constant presence among the top of the counts without ever being the true big stack until very late in the night. After his victory, Selouan was mobbed by his fellow Brazilian players and friends and celebrated by posting some social media messages to some Brazilian fans as he was now an EPT champion.

The day would begin with everyone seemingly in great spirits, as the early stages of the day was full of talkative play and joking around amongst the players. The entries would peak with 26 players playing at one time shortly after the dinner break and with several players re-buying.

The 39 entries was comprised of 27 unique entrants, including Charlie Carrel, who made a surprise appearance.

There would be a furious flurry of eliminations after dinner as the field shrank from four tables down to just one in only one segment between breaks.

The tension would soon dial-up as the speed of play dialed down. The chatter went away, and the players became far more deliberate and careful in decisions as the field reached the final table of eight. It would take over two hours to eliminate Juan Pardo and eventually Stephen Chidwick in seventh as he became the bubble boy for the second consecutive 25k Single Day High Roller.

From there the eliminations happened fairly quickly with Johan Guilbert going out in sixth place after making the long trek over from the Wynn Millions in Las Vegas. Timothy Adams followed him out the door in fifth after being a short stack for much of the day and at one point was as short as a measly couple of big blinds at 10,000.

Orpen Kisacikoglu started the day very well and was the big chip leader in the early goings, being the first player to go over a million. His river would run dry after the bubble burst as he lost some key flips and was sent out in fourth place.

Play would again slow down three-handed as the remaining players traded chips. Selouan had the big advantage to start but would be clipped by the runner-runner flush of Sirzat Hissou to put everyone at even again. 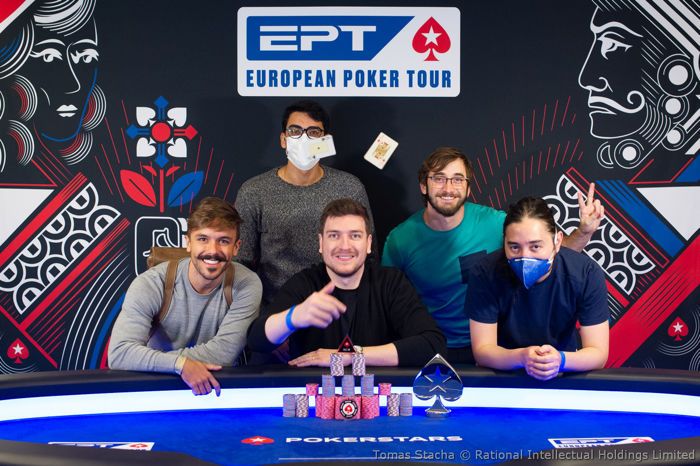 Rodrigo Selouan and his support

Selouan would get his revenge not long afterwards as he returned the favor with a runner-runner flush of his own to bust Hissou in third place, who made his second cash in a row in a 25k event.

Heads-up play was a temporary affair as Sam Grafton was going for his second EPT Title of the series after taking down the opening bounty event. He would not be able to gain much traction at all as Selouan made quick work of him in five hands to take the title.

Enjoy EPT Prague With a $600 Bonus

New depositing PokerStars customers can claim a welcome bonus worth up to $600. Download PokerStars via PokerNews, create your free online poker account, and decide how much you want to deposit. Your deposit is matched 100% up to $600 in the form of a bonus. Your first three deposits in the first 60-days after making your first deposit are matched up to a combined total of $600.