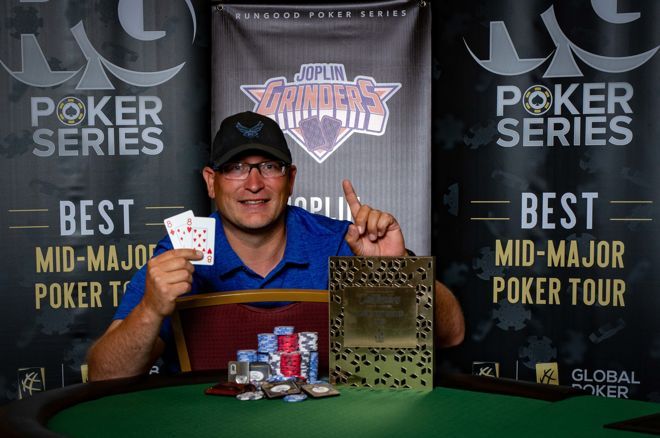 After just under 11 hours of play on day two of the RunGood Poker Series (RGPS) Downstream Casino $600 No-Limit Hold’em Main Event, it was Scott Brandau who put on a dominating performance to take down a career best $72,260.

“It felt like it was meant to be,” an elated Brandau said after a final table that lasted just over three hours. “The hands that ran out, to be able to win those hands, it’s a rush.”

The former moving company owner, who topped a field of 794 runners, came into the day as the overwhelming chip leader with over 937,000 and at multiple times throughout the day he found himself as one of the shortest stacks in the room. It was through fortunate runouts that Brandau dominated the two tables of the event, knocking out nearly half of the remaining field.

On top of a career best score, Brandau also wins a seat to RGPS Pro/Am in Las Vegas, Nevada at the end of the year in the PokerGO Studio.

After a volatile and intense final two tables, it ended up being Dale Schuman who came in 10th place for $7,255 when his pocket nines lost to both Derrick Young’s pocket jacks and Scott Brandau’s ace-jack of spades. He was the final player to walk away without making the final table.

It was Day 1b chip leader Jason White who was the first casualty of the final table when his pocket tens lost a race against the ace-queen of Derrick Young. White collected $7,255 for his efforts.

William Fisher collected $9,155 for his eighth place finish in a similar situation when his ace-queen got all in against Brandau’s pocket jacks and was unable to improve.

RGPS regular William McCracken was next to go when his ace-six suited could not improve against the pocket twos of Brandau. He collected $11,735 for his run which ended in seventh place.

One hand later, Douglas Dalton moved his small stack into the center only to get looked up by Brandau in the big blind. Dalton’s ace-two could not improve against the pocket fives of Brandau and Dalton was eliminated in sixth place for $15,220.

Philip Carselowey managed to ladder multiple times at the final table, but his short stack found itself at risk against Young who held pocket queens. While Carselowey held ace-king, it was unable to improve against Young and Carselowey collected $19,960 for his fifth place finish.

Chris Fraley would follow him shortly after and would collect $26,480 for his fourth place finish when he moved all-in with pocket threes, only to lose a race against the ace-four of Young.

Three-handed proved to be far more fluctuating than the earlier stages of the final table, with the chip lead passing hands between each player multiple times. A crucial pot occurred when Brandau rivered two pair against Young’s top pair, which catapulted Brandau back into the lead.

Young would find himself taking third place when he moved in his stack with pocket threes, only to get looked up by Brandau’s ace-seven. The board contained a seven and no improvement to Young’s threes and he left the tournament collecting $35,520 for his deep run. 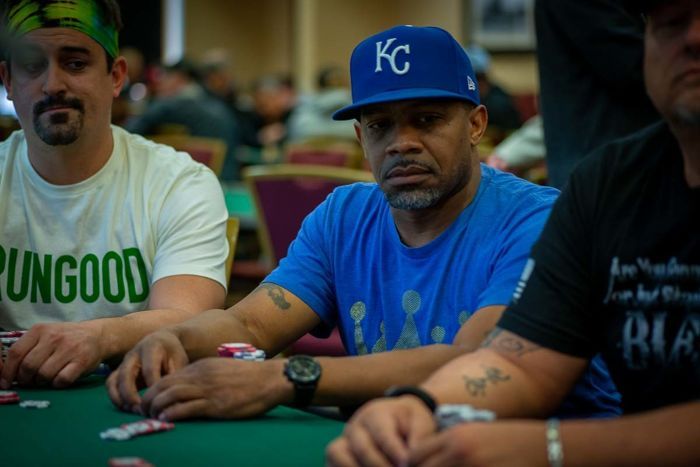 After a heads-up battle of mostly small pots, where Dustin Hill got close but never quite overtook Brandau, it came to end when Hill moved his stack in with pocket fours, only to get snap-called by Brandau’s pocket eights. The board brought no help to Hill, who finished in second for an impressive $48,180.

Thank you for reading along with the updates at PokerNews, and be sure to join us in the future for updates on your favorite upcoming poker tournaments from around the world.