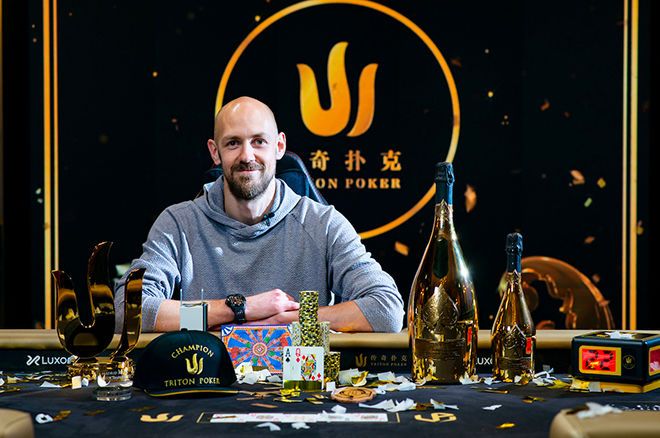 Stephen Chidwick got his hands on a Triton Poker title plus a massive €1,800,000 payday after he denied Antanas "Tony G" Guoga in the €100,000 No-Limit Hold'em Short Deck event at the Triton Poker Series Madrid festival. Chidwick's impressive victory came only a few days after he finished second to Michael Addamo in €75,000 buy-in No-Limit Hold'em 8-Handed tournament, a result that banked the popular Brit €1,291,414 after a heads-up deal.

Chidwick has now won more than $5 million during 2022, and is now ranked fourth in poker's all time money listing, leap-frogging both David Peters and Erik Seidel, with $42,746,701 in earnings.

Thirty-eight unique players purchased 28 re-entries between them and created a €6,000,000 prize pool that the top eight finishers shared. Michael Soyza was the first player heading for the cashier's desk. After losing some chips to Danny Tang, Soyza moved all-in with ace-nine of spades 665,000 and Chidwick re-shoved for 1,125,000 with pocket tens. The five community cards ran out void of aces or flushes, and Soyza busted in eighth for €240,000.

The final table's two American stars, Seth Davies and Isaac Haxton were the next players eliminated. Davies will count himself unlucky after committing his stack with ace-king on an ace-king-nine flop and getting a call from the ace-queen of Mikita Badziakouski. The turn and river came a jack and a ten to improve Badziakouski to a Broadway straight.

Tang's pair of red queens lost to the suited king-queen of Chidwick when the latter flopped a straight. Tang doubled up but lost a coinflip with jacks against Badziakouski's ace-queen on the first hand back after the dinner break.

Then came the demise of Richard Yong; Tony G did the damage. First, Tony G doubled through Chidwick, then through Yong, before his jack-eight came from behind against ace-eight to relieve Yong of his remaining chips.

Heads-up was set when Badziakouski, who won €50,000 NHLE 7-Handed event earlier in the series of €1,340,000, fell in third. The Belarusian was left nursing a short stack after a clash with Chidwick did not go to plan. Badziakosuki pinned his hopes on queen-ten but he could not get there against Tony G's ace-six, and he had to make do with the €840,000 third-place prize.

Tony G held the chip lead but Chidwick got fortunate when his king-queen hit a queen on the river to beat his opponent's dominating ace-king. After an intense battle, the final hand saw Tony G all-in with ace-queen against Chidwick's ace-king. No help arrived from the board, leaving Tony G with no chips but a €1,350,000 runner-up prize. Chidwick collected €1,800,000 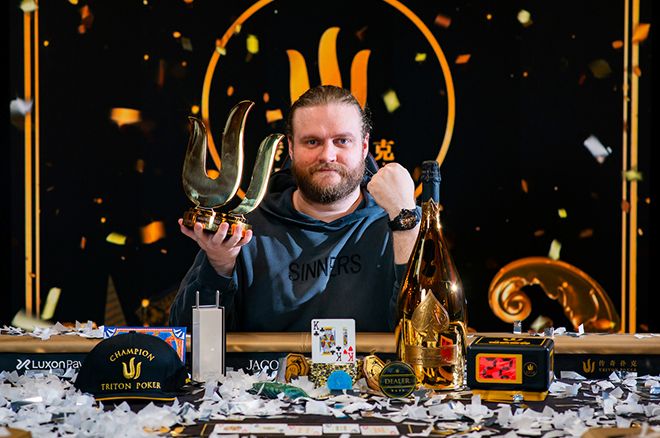 Hecklen has had a busy couple months, cashing three times at EPT Prague, going deep in the UKIPT London Main Event, and cashing in a €50,000 buy-in event at the Triton Poker Series Madrid festival. What a way to round out May, with a €2,170,509 payday.

Sam Greenwood's quest for this title ended when his pocket kings lost to the pocket eights of Kevin Paque courtesy of an eight on the flop. Alfred DeCarolis, Brazilan Bruno Volkmann, and Finnish legend Patrik Antoinus were the next players who bowed out. Antoinus lost a coinflip with pocket sevens against the ace-ten of Aleksejs Ponakovs; he collected $558,000 for his sixth-place finish.

Team PokerStars' Sam Grafton was the next player to find himself without any chips. Grafton's shove with pocket fives came at the worst possible time because Orpen Kisacikoglu was dealt a pair of aces in the small blind. The UK-based Turkish businessman's rockets remained true, and Grafton was gone, albeit with €716,000 to show for his efforts.

Ponakovs lost most of his stack when he flopped a flush against the sneakily played pocket aces of Kisacikoglu which ultimately because a full house. Ponakovs crashed out at the hands of Hecklen soon after.

The remaining three people were guaranteed seven-figure hauls. Kevin Paque claimed the €1,134,000 third-place prize when he made attempts to rectify his short stack by jamming with ace-five. Unfortunately for Paque, Hecklen looked him up with the superior ace-jack.

Hecklen held a narrow lead over Kisacikoglu and the heads-up duo looked at the numbers for a deal. After a little haggling, which included Hecklen asking for more than what ICM offered, the duo settled on figures they were happy with, and left €80,000 to play for in addition to a Jacob & Co watch.

The final hand saw Kisacikoglu initially limp in with pocket fours but then push all-in after Hecklen three-bet. Hecklen instantly called with pocket kings. An ace-high board was safe for the Dane's cowboys and he became the biggest winner of the Triton Poker Series Madrid festival so far.

Michael Addamo triumphed in the opening event of the festival and made it two titles when he outlasted 62 opponents in the €75,000 No-Limit Hold'em 7-Handed tournament. The second win came with €1,152,086 after a heads-up deal with fellow elite grinder Chidwick.