partypoker
Trusted
This article was added by the user James King. TheWorldNews is not responsible for the content of the platform.

The Rise and Rise of Tom "durrrr" Dwan 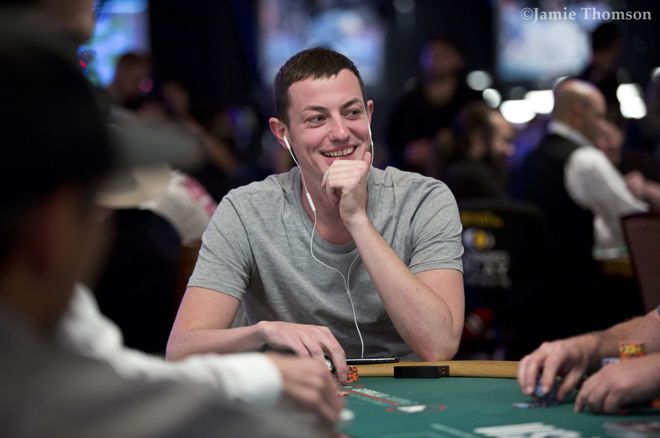 The word legend is banded around the poker world far too often, a world the poker community often uses to describe a player with solid results over an extended period of time. While the phrase is used far too often, nobody would deny that Tom "durrrr" Dwan is a poker legend, especially in the online poker world where he once ruled supreme.

Dwan first discovered online poker when he was only 17-years old. He received $50 as a birthday present and deposited on Paradise Poker, one of the very first online poker sites. Dwan chose the screen name "durrrr" because it was the noise he and his buddies used when someone was goofing around and acting silly. He believed the alias would be both funny and tilting for his opponents; Dwan was already playing mind games despite his tender age.

The Origin of Dwan

"durrrr" started life as a low-stakes sit & go grinder but began mixing some low-stakes cash games into his sessions, and it is in cash games where Dwan discovered he had a natural talent, a penchant, for playing poker.

By the time Dwan turned 18 years old, his $50 deposit had swelled to $15,000. A few months after celebrating his birthday, Dwan had made enough money to pay for his college course, so he enrolled for an engineering course at Boston University. He continued playing poker while studying, but realized by the third trimester that a professional poker career was for him. You could say it was his calling. Dwan informed his parents that he would not be returning to his studies, and the legend of durrrr began.

Dwan plied his trade online, mostly at PokerStars and the now-defunct Full Tilt Poker; his massive sessions at the high stakes tables of the latter is what made Dwan a household name and a sponsored Full Tilt Poker pro. Dwan found his niche in heads-up cash games, both in No-Limit Hold’em and sometimes Pot-Limit Omaha, and he became one of the most-feared online cash game players to have every logged onto a poker site.

Close to a Bracelet

The man from Edison, New Jersey, sometimes dipped his toes into the world of live poker tournaments, but with rather limited success when compared to his cash game results. He came close to winning a World Series of Poker (WSOP) bracelet in 2010 but ultimately fell in second place to Simon Watt in a $1,500 No-Limit Hold’em event, a result that came with $614,248 in prize money. Dwan has continued to play live tournaments on occasion and has a shade over $5 million in winnings.

You could say Dwan’s loose-aggressive playing style was custom made for television, s it was no surprise to see him appear on High Stakes Poker and Poker After Dark alongside some of the biggest names in the business. The young Dwan locked horns with such luminaries as Doyle Brunson, Patrik Antonius, Daniel Negreanu, Gus Hansen, and Barry Greenstein over the years and never looked out of place. Dwan made a famous bluff with queen-ten in a hand involving Greenstein and former WSOP Main Event champion Peter Eastgate where he not only got them to pocket aces and trip deuces respectively, but called out their hands as he raked in the pot. Look the hand up on YouTube and be prepared to be amazed.

Dwan never backed down from a poker game so it was unsurprising to see him take on the then mysterious figure "Isildur1," another hyper-aggressive poker player who appeared seemingly from nowhere and was sweeping everyone aside who dare take him on. Isildur1, who we now know is Sweden’s Viktor Blom, and Dwan battled it out at the "nosebleed" tables on Full Tilt, with Blom taking Dwan for more than $3 million over a couple of days in November 2009; he went on to lose a total of $5 million to Blom over the next few weeks. Did online poker have a new king? No, is the basic answer. Dwan went on to recoup his losses and prove that the losses to Blom were nothing but a fluke.

More recently, you can find Dwan playing for unbelievable sums of money with the mega-rich businesspeople of Macau. He competes in games where seven-figure pots are commonplace. The legendary durrrr is still at the top of his game coming up to 18-20 years in the game, this despite Phil Hellmuth famously claiming that Dwan would only be around for a couple of years due to his crazy style.