partypoker
Trusted
This article was added by the user Jack Clark. TheWorldNews is not responsible for the content of the platform. 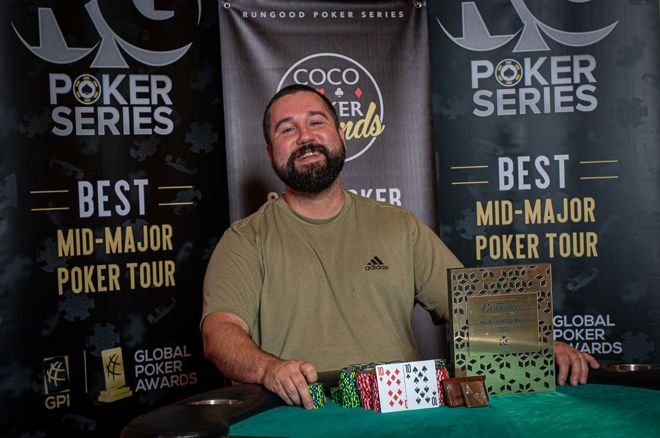 After a heads-up deal and just under one hour of play, it was New Jersey-born recreational player Vladimir Grechnikov who outlasted a field of 608 runners in Event #6: $1,100 No Limit Hold'em Main Event in the RunGood Poker Series at Seminole Casino Coconut Creek in Florida for a career best score of $80,268 from a total prize pool of $589,760.

“I haven’t fully grasped it yet,” said an elated Grechnikov in his post-win interview with PokerNews. His career best score prior to winning was $16,153 and with a career total of of $54,030. It has now more than doubled and Grechnikov will “have more money to play more tournaments.”

Grechnikov came into the final day second in chips and he overcame an early setback to double up and knock out two of his three opponents, including Jason Wandling in heads-up play.

The first casualty of the final table was Jacob Ristich when he four-bet moved all-in with pocket queens only to get snapped by the pocket aces of Timothy “T.K.” Miles. Ristich collected $11,117 for his ninth-place finish.

The next player to be eliminated was Leroy Grant who moved all-in with ace-queen from the cutoff and was snap-called by Gretzfield with pocket tens. No ace or queen could be found on the runout and Grant collected his eighth-place winnings of $14,827.

Chip leader Kevin Blewitt could not get much going at the final table and he found himself all-in and at risk against Jason Wandling with nine-seven against ace-ten. No improvement was given and Blewitt was ousted in seventh-place for $18,595. 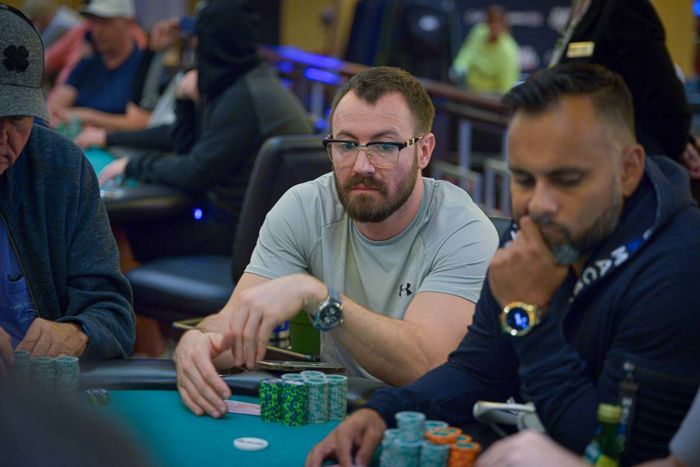 Day 1a chip leader Matthew Lambrecht was eliminated in sixth-place for $22,600 when he got it in with ace-jack versus Miles’ ace-ten, only for Miles to hit three tens on the runout, giving him the chip lead.

Miles’ chip lead was not to last though, and after a series of double ups and massive chip exchanges Miles found himself all in with ace-king of hearts against the pocket queens of Wandling. No ace, king, or heart flush was able to appear on the ten-high runout and last year's runner-up finisher found his run coming to an end in fifth-place for $27,607.

Chip leader Matthew Bretzfield saw his hopes dashed when he suffered a setback after doubling up Grechnikov, and he moved in his remaining five big blinds from the button with eight-five suited against Grechnikov in the small blind and his suited queen-jack. The board ran out jack-high and Bretzfield took home $65,000.

WPT Sochi Champion Denys Shafikov saw an early double to put himself at the top of the chip counts, but he lost a big pot against Grechnikov when his ace-queen lost to ace-two. He was left with two big blinds and could not improve his eight-seven against Jason Wandling’s ace-six and Shafikov finished in third place for $65,000.

Heads-up saw Grechnikov come in with the lead, but Wandling doubled up quickly when Grechnikov’s open-ended straight draw did not improve against the top pair of Wandling. The big moment came when Grechnikov held pocket tens and Wandling held ace-queen. The board ran out seven-high and Wandling shook hands as the runner-up finisher. 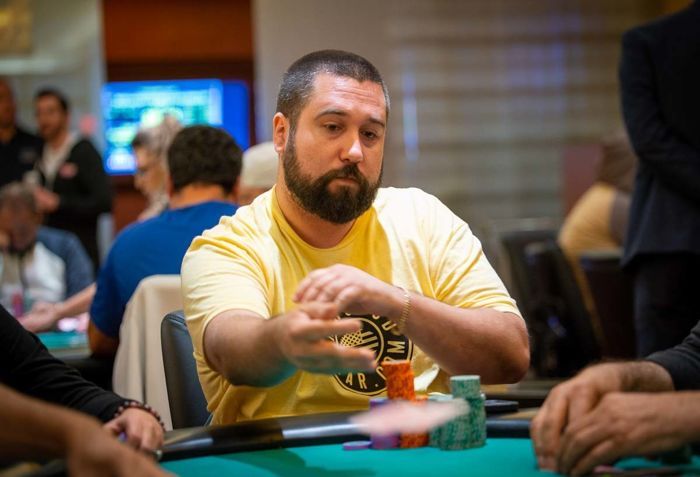 Be sure to join the PokerNews team for live updates from the next RunGood Poker Series Main Event at Downstream Casino in Joplin, MO from May 20-22, 2022