partypoker
Trusted
This article was added by the user Josiah Hughes. TheWorldNews is not responsible for the content of the platform. 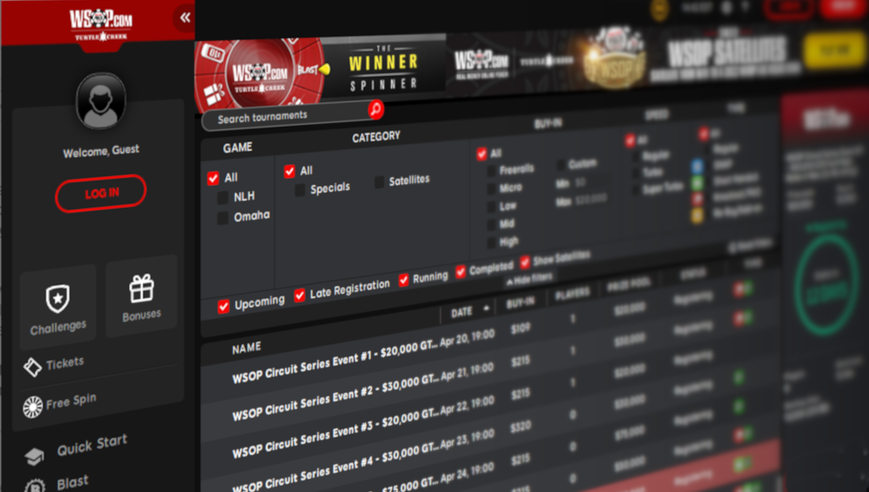 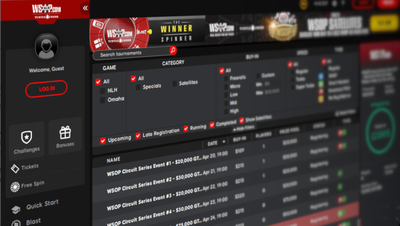 Michigan’s first-ever online circuit series is almost here. Michigan online poker players who have been longing for a chance to win a coveted World Series of Poker gold ring from the comforts of their home or on the go with the WSOP MI app, can fulfill their wish starting next week.

While the dates and the number of ring events were already known, pokerfuse can now unveil the full schedule including the buy-ins and total guarantees for the Wolverine State’s first-ever WSOP MI Online Circuit series.

Kicking off next Wednesday, April 20, the twelve ring events promise half-million in guaranteed prize pools. This is $150,000 more than what the operator had initially advertised for the series. But after seeing a thumping response to the new site, WSOP MI has upped the guarantees.

Every day one ring event will run with each of them awarding a coveted WSOP gold ring to the winner. Buy-ins are on the higher side, as is quite typical with any WSOP circuit series, ranging from $109 and going up to $1000. The higher buy-ins have higher guarantees to match, with every event promising five-figure rewards, with the exception of the Main Event that boasts six figures.

The schedule predominantly features No-Limit Hold’em events, but four-card lovers will also find a Pot-Limit Omaha event to showcase their skills. The remainder of the schedule is filled with a variety of formats including the fan-favorite Progressive Knockouts (PKOs), a $215 buy-in Freezeout event that only gives one shot to each player, a Deep Turbo event for players who like fast-paced structured tournaments, and a $1000 buy-in High Roller for those with deep pockets.

There is also a BIG 500 event scheduled to take place on Thursday, April 28, guaranteeing $50,000. Re-entries for all the events range from two to three times, with the exception of the freezeout event that allows no rebuys.

The first of the twelve ring events kicks off with a modest $109 buy-in NLH PKO event guaranteeing $20,000. The guarantees go through the roof over the weekend, though. Event #5 on Sunday, April 24 — a $215 buy-in Monster Stack guarantees $75,000 in prize money. On the second to last day of the series, players can test their knockout skills with another bounty event on display — this one boasting $50,000 for a buy-in of $215.

Finally, on Sunday, May 1, the series culminates in a $525 buy-in Main Event boasting $100,000 in prize money — the largest guaranteed prize money in WSOP MI’s short history.

Alongside a piece of coveted WSOP jewelry and first-place prize money, each ring event winner will also earn a ticket to the “_Tournament of Champions_” freeroll that guarantees $1 million. The event will take place during the 2022 WSOP live series in Las Vegas over the summer and the winner of this freeroll will also earn a WSOP gold bracelet.

WSOP will be running online circuit series for players that are located in other states as well. For players in Pennsylvania, $500,000 is up for grabs while players in New Jersey & Nevada share the same player pool, they can vie for over $1 million in guarantees also spread across 12 ring events.

Across the four states, at least $2 million will be awarded.

Michigan looks forward to allowing its citizens to participate in multi-jurisdictional poker.It could very well be the last Michigan exclusive online circuit series as the state has been invited to join the Multi-State Internet Gaming Agreement (MSIGA) by the other state members.

Once that happens, operators would be able to merge the player pools between states that are part of the pact. Currently, only three states have signed the agreement and, thus far, WSOP is the only operator to take advantage of this agreement, pooling its New Jersey, Nevada, and Delaware players into one network.

Once Michigan officially becomes part of the MSIGA, WSOP will then be able to add Michigan players to its existing New Jersey/Nevada/Delaware network to create the country’s first four-state online poker network.

As reported exclusively by MI Gaming Review, the timeframe is currently unknown but the Michigan Gaming Control Board (MGCB) is confident that the agreement will be signed “expeditiously.”

“Once the Michigan Department of Attorney General reviews the agreement provided by MSIGA and finds it legally sound, we are confident the MGCB Executive Director will sign the agreement expeditiously,” a spokesperson said to MIGR. “Michigan looks forward to allowing its citizens to participate in multi-jurisdictional poker.”

WSOP MI local ambassador and 2009 Main Event winner Joseph “The Kid” Cada is certainly excited about the fact that his state players will be able to legally compete with players from other states.

“I think the multi-state agreement makes me more excited than anything,” Cada told pokerfuse in an exclusive interview. “Knowing that [there] is a future for online poker in the states. I think it [is] just another step to slowly make poker federally open to other states eventually. Poker was at its peak when everyone was allowed to play from home and it will be reflected in the WSOP Vegas numbers and poker as a whole.”

Cada was appointed by WSOP to accompany the brand’s launch in Michigan. The four-time bracelet winner confirmed to pokerfuse that he will be playing in the upcoming online circuit series and and is expected to also live stream the ring events on Twitch.

Not signed up yet? There’s no time like the present! WSOP is still running some amazing celebratory Welcome Bonuses. Check out pokerfuse’s comprehensive review to learn more and grab the latest WSOP MI Promo Code »